Hardware and electronics manufacturer ASUS has used its Computex 2016 press conference in Taipei to introduce three new Android-powered ZenFone smartphones. The third-generation range of devices offers three new models, with each carrying a different price-point and slightly varied specification to appeal to different corners of the market. Regardless of whether you’re looking for a nice entry-level device, or a highly performant device with a whopping display, ASUS looks to have you covered with this announcement. 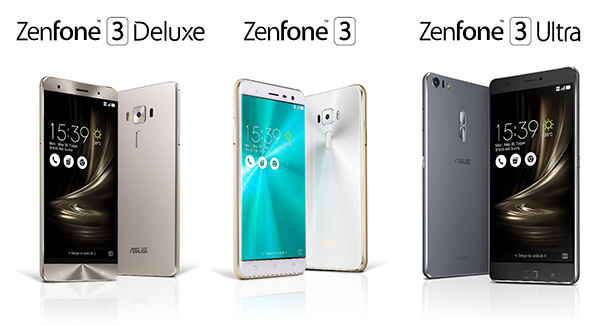 The company has taken the covers off a three-tier smartphone range: ZenFone 3, ZenFone 3 Deluxe, and ZenFone 3 Ultra. They differ in specs and looks, but what remains constant is the fact that all three phones pack beautiful aesthetics.

We take a look at them one by one.

What’s one of the first things that you want to know about a new smartphone when it first gets announced? Of course, it’s the size of the display. ASUS ZenFone 3 features a 5.5-inch 1080p display, held in place by a metal trim with plastic antenna lines. The phone sports very narrow bezels resulting in a 77.3% screen-to-body ratio. The rear of the device features a glass-backed design, which instantly conjures up similarities with Samsung’s recent hardware. 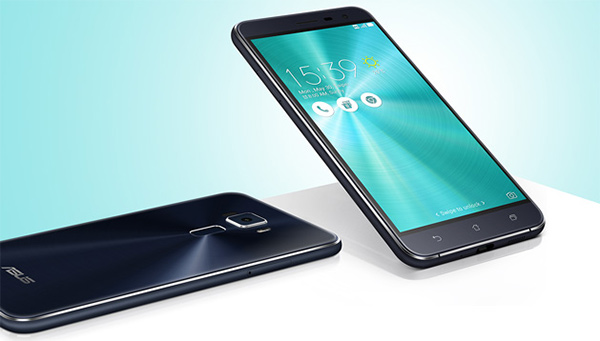 Battery wise, the entry-level ZenFone 3 comes complete with a 3,000mAh internal pack, which should provide adequate uptime for those interested in the new-found photography capabilities of these new ASUS devices. This particular base model ZenFone 3 ships with a 16-megapixel Sony sensor with integrated OIS and EIS. For selfie purposes there is an 8MP front-facing module in place. 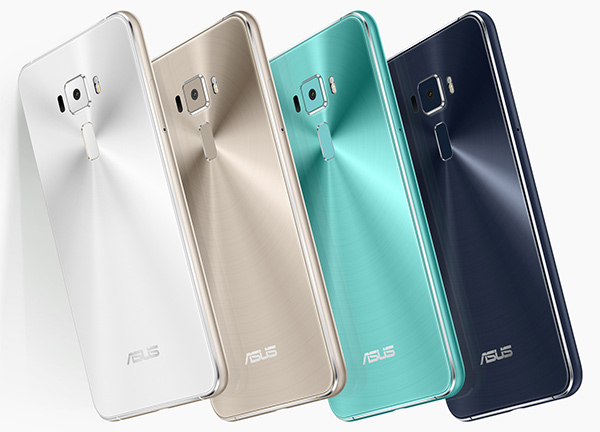 Visually, the ZenFone 3 Deluxe takes things up to the next level and gives consumers a little additional bang for their buck. The hardware features a full aluminum unibody, which includes additional design time applied to hiding the antenna lines around the outside of the device for a more streamlined and unbroken aesthetic. Purchasers of the ZenFone 3 Deluxe can expect a similar 1080p display to the one found on the entry-level ZenFone 3, but with an additional 0.2-inches added, taking the display size to 5.7-inches, or the same as Galaxy Note 5 for comparison. That said, the phone sports ultra-thin bezels offering an amazing 79% screen-to-body ratio. The Deluxe also packs a fingerprint sensor for biometric security. 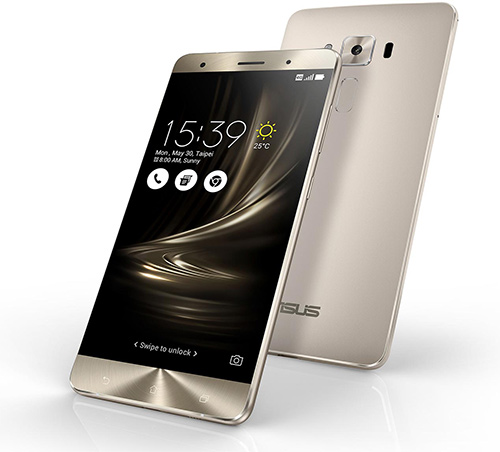 Processor wise, as you might expect, the ZenFone 3 Deluxe takes another jump up by offering a Qualcomm Snapdragon 820 chipset with 4GB RAM for the 64GB variant, and 6GB of RAM for the 128GB and 256GB variant. Despite the mammoth storage option, users will be able to expand the storage further via a microSD card.

There’s also a step up from a photography perspective thanks to the 23-megapixel IMX318 Sony sensor, with OIS, EIS, laser and phase detection auto-focus capabilities. On the front, there’s an 8MP camera in place for selfie purposes. Providing the power is a 3,000mAh battery, and as for the OS of choice; Android 6.0 Marshmallow. 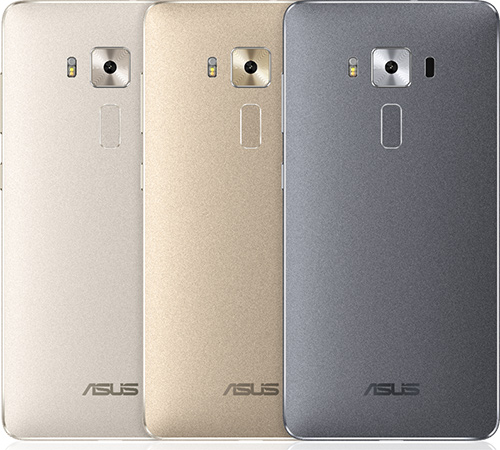 If you really can’t decide between carrying a relatively normal sized smartphone around in your pocket, and having a whopping piece of kit that could easily be confused for a tablet, then the ZenFone 3 Ultra is probably where it’s at for you. This new ASUS device packs in a whopping 6.8-inch 1080p display, with a 79% screen-to-body ratio, and a processor that falls in the middle of the previous two devices thanks to the integrated Snapdragon 652-series chip. The phone is available in 32/64/128GB where the 32GB variant packs 3GB RAM, while the 64/128GB variants pack 4GB of RAM. 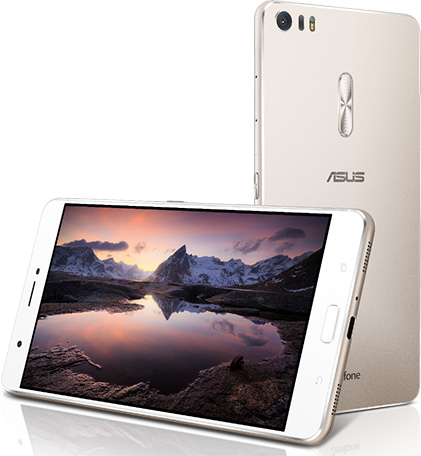 Unlike the ZenFone 3 and ZenFone 3 Deluxe, the Ultra model needs a bit more battery power to keep that whopping screen alive for as long as possible, and to that end it features a 4,600mAh internal battery. Like the Deluxe, ASUS has also placed a strong emphasis on mobile photography with the Ultra, meaning that it comes with the same 23-megapixel latest IMX318 Sony Sensor and all of the same stabilization capabilities to boot, along with laser and phase detection auto-focus. The front-facing camera is an 8MP unit, just like the ZenFone 3 and ZenFone 3 Deluxe. 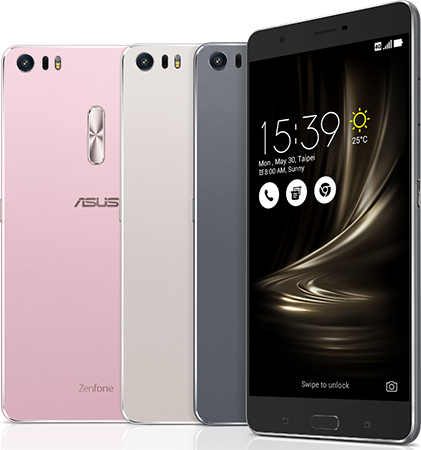 The ZenFone 3 Ultra is powered by Android 6.0 Marshmallow out of the box and is available in three colors: Glacier Silver/Titanium Gray/Metallic Pink

All of the new ZenFone 3 devices offer USB Type-C connectivity for data transfer and charging. The Deluxe and Ultra models also bring Qualcomm’s QuickCharge 3.0 to the table.

Availability is still up in the air at the moment, but we do know that the range will start from $249 for the ZenFone 3, rising to $479 for the Deluxe, and a reasonable $499 for the 6.8-inch Ultra model.