Apple is a company constantly shrouded in mystery, and thus, speculation. For a great deal of time, it has been said that the Cupertino would be looking to expand upon the Apple TV set-top box with a more grandiose delve into the television market, but while many an analyst has stepped forward and suggested that this will be the case, the little black box famously coined as a “hobby” by Tim Cook remains the iPad maker’s sole contribution.

Those eager to see how a substantial march on the TV industry from Apple would play out might be waiting a while, because according to a new report from NPD DisplaySearch, said TV endeavors have been put firmly on hold whilst the company concentrates on another regularly rumored product – the iWatch.

In fact, NPD DisplaySearch cites industry sources in stating that Apple is no longer aiming to launch a TV set in the next year, as some previous reports had suggested. One of the main reasons why Apple’s apparent push on the TV market has hit a brick wall is because the company has not managed to secure  “proprietary content not available on other devices.” Hence, at the current state of play, Apple would have no content-based trump cards over pre-existing services, and when you’re trying to launch a new product in a content-centric field, this is more than a minor caveat.

The set-top box market is currently huge. Companies are selling products like the Roku player, Chromecast and Now TV for next to nothing, and with this readily available market for turning ordinary TV sets into smart TVs, Apple would very much struggle to compete. 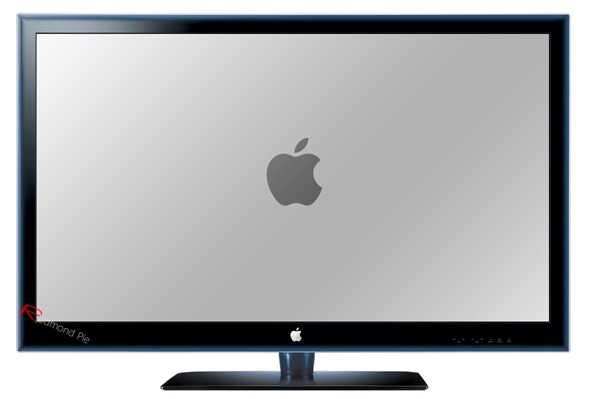 The Apple TV may well be struggling compared with the rest of the company’s product range, but those in the know are convinced that the elusive iWatch will be hitting the market within the next twelve months. Like the connected TV chatter, the possibility of a wrist-worn smart device has been rumored for many a year, but with Samsung having just released the Galaxy Gear and several other big names – including Google – soon to be in on the act, there’s added legitimacy to these most recent claims.

What do you think: do you believe there’s a place for Apple in the wearable tech business? And is Apple’s elusive TV effort the real deal? Drop your comments via the usual mediums below.