Apple Will Live Stream March 9th ‘Spring Forward’ Event, Here’s How You Can Watch It

A short while ago, Apple confirmed the widely-suspected notion that it would soon be holding a special media event, having just sent out invitations for a gathering at the Yerba Buena on March 9th. Most of the time, these keynotes are beamed out to the masses, although occasionally, Apple does surprise us by not streaming live. In this instance, though, interested parties will be able to follow the thrills and spills of the ‘Spring forward’ event as it happens, with Apple having just confirmed that live streams will be available.

Apple Watch is expected to be the showpiece, although it won’t, strictly speaking, be the first time we’ve clapped eyes on the wearable. A mini-launch occurred alongside the iPhone 6 back in September, and to many, the wearable stole the show. One thing that Apple did get wrong that day was the live stream, which was pretty abysmal, so let’s hope that the second-coming of Apple Watch isn’t hindered by similar technical glitches. 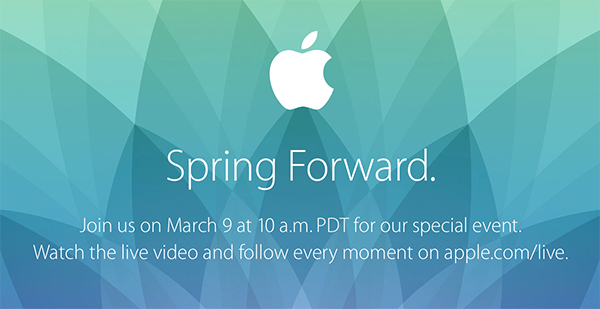 The finer details of the live stream, such as which devices and platforms will be supported, have not been disclosed, although this information only usually comes to light a short while before events commence. As a rule, Apple generally beams coverage through its iOS device range via Safari, as well as Macs and the Apple TV, and as March 9th draws closer, we’ll have an article covering exactly what you’ll need to do if you’d like to follow every moment.

After the Apple Watch teaser that occurred last year, we’re expecting a more in-depth look at the wrist gadget that everyone’s talking about. Pricing will be a key aspect to the success of the range in general, and while the starting price for the base-level model sits at $349, there’s no telling what Apple may charge for the higher-end variants.

You can either stream the event on your Mac – which should be running OS X 10.6.8 with Safari 5.1.10 or later – or on iOS, running version 6.0 and up. If you have an Apple TV, then you can use the little puck to stream the event too, but be sure you have a second-gen device or up.

The iOS 8.2 software, which will be a necessary update for all prospective Apple Watch users, is in its fifth beta, and apparently, no more betas will be rolled out to developers before end user release. The last we heard, the update would be shipped out in March, which seems to tie in nicely with the schedule, and given the events of today, it could well be that Apple rolls out iOS 8.2 on March 9th.

Stay tuned for more Apple Watch-related info as and when it breaks!