Last Apple event was a big day for Apple Watch fans, because while the rest of the world was eagerly awaiting the iPhone 7 and iPhone 7 Plus announcement, Apple’s wearable was getting ready to receive its first refresh since its initial release in April of 2015. During the media event in which, yes, Apple announced new iPhones, the Apple Watch also saw some stage time and we were introduced to a new smartwatch as well as a slightly tweaked, old one. 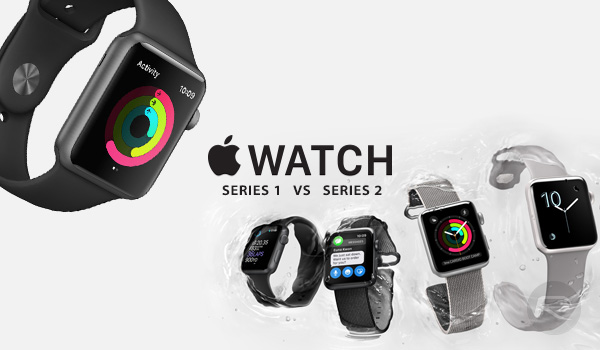 Where this leaves us now is with two different versions of the Apple Watch on sale, assuming you ignore the Nike+ tie-in (which is based on Series 2) that was also announced during the event. The Apple Watch Series 1 and Apple Watch Series 2 are now the two versions of Apple Watch that customers will have to choose between, and while they essentially look identical, there are some subtle differences between the two wrist-worn computers.

As far as cosmetics are concerned, the Apple Watch Series 2, or the new one to me and you, is actually 0.9mm thicker than the original, or Series 1. That might sound like a lot when you remember how thin this thing is to start off – the Series 1 is 10.5mm thick – but you’re just not going to notice it on your wrist nor will you notice the minor increase in weight. It’s a non-issue, we promise. Series 2 is also slightly heavier, 3.2g (38mm) or 4.2g (42mm), depending on which size you’re talking about. The slight increase in thickness and weight is likely due to GPS chip and slightly bigger battery in Series 2 compared to Series 1.

Things start to differ when you look at things like additional sensors and the screen. For example, the Apple Watch Series 2 features GPS capabilities, whereas the Series 1 does not, and the high-end watch also features a ceramic rear casing, a brighter screen and fancy speaker system that allows the device to be water resistant to the point of actually supporting swimming. The Apple Watch Series 1 is classed as splash resistant, and while many people have managed to swim with an Apple Watch on without killing it, Apple recommends you use a Series 2 if swimming is your game.

If you don’t own an original Apple Watch and don’t need to swim or take advantage of the GPS capabilities of the Series 2 model, then the Series 1 is still a capable device, especially with the improved dual-core CPU beating at the heart of it. The big Apple Watch changes come as part of watchOS 3, and everyone gets that – bear that in mind when weighing up an upgrade from the original Apple Watch or when deciding which new watch to buy this year. 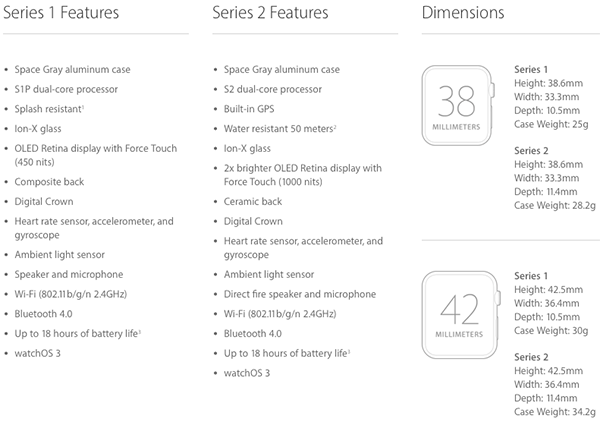