Today brings some more great news for Apple fans who happen to be residents of India. After launching the iPhone 6s and iPhone 6s Plus in the country just last month, the Cupertino-based technology outfit has now followed through with expected plans to introduce the Apple Watch in India. The immediately availability of the Apple Watch through Apple’s authorized retail channels means that the intelligent timepiece is opened up to an additional huge population that can only benefit sales of the device.

Those interested in getting their hands on the wrist wear will be able to choose from a multitude of options. Both the 38mm and 42mm models in a variety of colors are available to purchase via official channels. Consumers are able to choose from the Gold, Rose Gold, Space Gray, Silver Aluminum finish of the Apple Watch Sport, or can check out the Apple Watch in polished Silver, or Black stainless steel externals. There’s also the availability of the 18-Karat Rose Gold and Yellow Gold options for those wanting to spend a little more on the hardware. 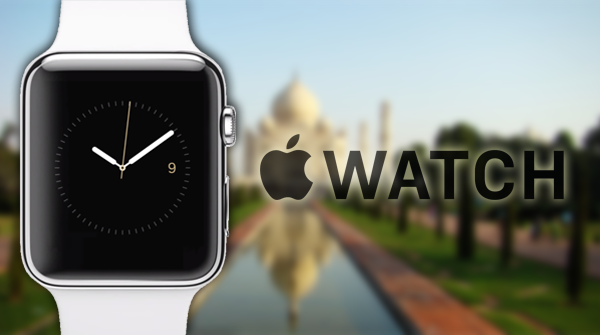 Residents of the country can expect to part with upwards of Rs 48,900 for the 38mm stainless steel model of the Watch, or Rs 52,900 for the 42mm case. This purchase includes a gorgeous white sport band. For those interested in a bit more exclusivity the stainless steel Link Bracelet can be coupled with the Watch costing you Rs 95,900, or you can go for the Classic Buckle leather strap costing you Rs 60,900. The red colored Sport Band which was recently introduced is also up for grabs.

The extravagant Edition variant of the Apple Watch starts at Rs 8.2 lacs (0.82 million) for the 38mm Rose Gold model, with the 42mm model costing Rs 9.9 lacs (0.99 million). As for the Hermes designer range, it has not been launched in the country for now.

For those that don’t want to part with that kind of money, the entry-level Apple Watch models start from Rs 30,900 for the 38mm and Rs 34,900 for the 42mm offering. Apple’s official retail partners in the country will also be following the company’s named outlet stores across the world by selling bands for the Apple Watch on an individual basis, allowing excellent customization options.

It is also being reported that the government of India is in internal discussions over the possibility of relaxing locally implemented laws that currently prevents Apple from having an official retail presence in the country. Those laws currently state that companies are unable to open and operate a manufacturer-owned outlet unless a certain percentage of the company’s manufacturing is handled within India. Obviously Apple doesn’t currently meet that criteria.

With growth in India occurring at an accelerated rate, and places like Hyderabad becoming home to some of the world’s largest tech companies, it’s not difficult to understand why Apple would want a presence in the country.