You could be forgiven for thinking that the Apple TV set-top box isn’t a very popular gadget amongst consumers, after all, it doesn’t really receive a great deal of attention thanks to being overshadowed by the insane popularity of the iPhone and iPad. With Tim Cook calling the little black puck a "hobby", it’s evident that they aren’t placing as much emphasis on it as they are on other products, but that doesn’t detract from the fact that they have shipped well over 3 million units.

Following hot on the heels of the release of the iOS 5.1.1 update for the iPhone, iPad and iPod touch, Apple have today pushed out a similar firmware update for the Apple TV, taking the latest release to version 5.0.1. The update, which should start showing up for users anytime now, applies to both the second and third-generation Apple TV devices.

The last Apple TV update, iOS 5.0, brought a whole new user-interface that provided a much improved way to access your digital content. It also brought forward the implementation of Apple’s Genius recommendation algorithm, as well as iCloud support and on-device sign-up abilities that allow users to sign up for third-party content from carefully screened partners.

The latest firmware release comes with build number 9B206F, and as mentioned above, it takes the second-generation and the latest version of the Apple TV to 5.0.1. As this effectively is a point release, it doesn’t come as a great shock to learn that it doesn’t provide any mind blowing new features, but instead serves as a incremental upgrade that brings reliability improvements and the obligatory bug fixes. The complete changelog for the update is given below:

In addition, firmware version 5.0.1 brings the ability to view previews of movies and TV shows in full high-definition, as well as correcting an extremely annoying issue relating to certain iOS apps connecting to the Apple TV via AirPlay. For those who have signed up to the Netflix service and have been having issues logging in, this latest update has you covered and serves to eradicate that issue as part of the aforementioned bug fixes. 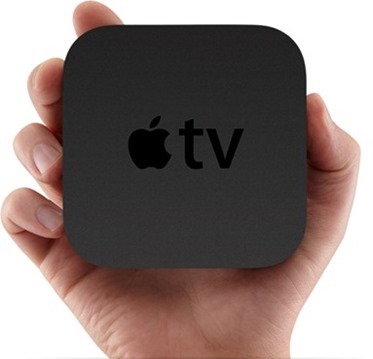 For Apple TV users who are jailbroken, the advice is as always to stay away from this update for now and await further information from the development teams.