Apple has announced that its free ad-supported iTunes Radio service will be closing down. A notice sent out to customers of the service is telling them that the free-of-charge service will be discontinued by the end of January.

Apple uses the email notice to let listeners know that the Beats 1 radio service – which Apple has invested heavily in – will be the only free radio service that the Cupertino-based company will be offering come February. It’s interesting to note that this discontinuation isn’t entirely centered on the iTunes Radio service. Those listeners who subscribe to the annually billed iTunes Match service, and therefore listen to the radio service without any ads, are also receiving the discontinuation notice. 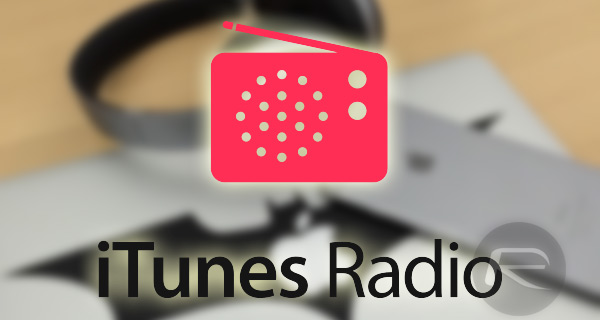 Apple is using the announcement to further promote and push users to subscribe to its Apple Music service if they haven’t already: 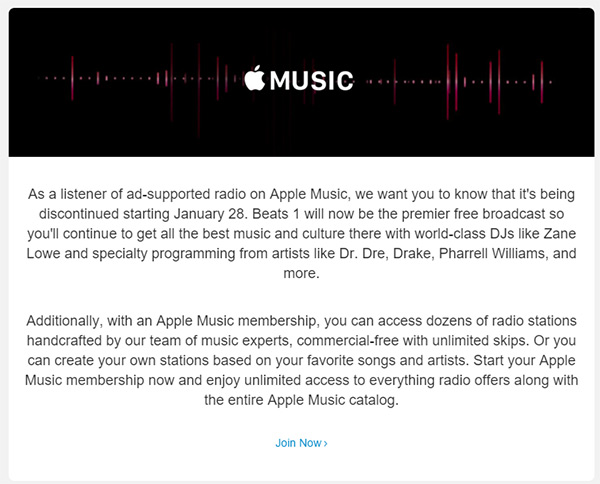 An Apple spokesperson has also went on record to state that:

We are making Beats 1 the premier free broadcast from Apple and phasing out the ad-supported stations at the end of January.

Additionally, with an Apple Music membership, listeners can access dozens of radio stations curated by our team of music experts, covering a range of genres, commercial-free with unlimited skips. The free three-month trial of Apple Music includes radio.

Apple has continued to offer the free radio service relatively under the radar to individuals located in Australia or the United States even after it was absorbed into the Apple Music platform. But now, listeners located in Australia have been told that the free iTunes Radio service will discontinue from January 29th. Residents of the United States have been given a date of January 28th as the date on which the service will cease.

A number of rumors have suggested that Apple is planning on revamping how it serves advertisements in various areas of its system with a more automated approach. It’s likely that more announcements will be on the cards as the company restructures that part of its business.