Want to order an Apple product from the convenience of your couch or home and pick it up in-store? Well, there will be an app for that sooner than you think.

Its been said that Apple is to release a service that allows you to order from the online store and pick your item(s) up at the closest Apple retail store near you. Rumor is; we should start seeing it soon and the program is currently being tested by Apple. The program, code named ‘Sherwood’, will release for select stores and expand to all Apple retail stores over time. You will also be able to list one other person as authorized to pick up your purchase. We are unsure of that time frame currently, but keep an eye out as we will report more when it is officially released. A nice, convenient addition to that is; Apple will allow the return of online orders to Apple retail stores via this program as well. This will alleviate the need for packing and shipping the item back to Apple. 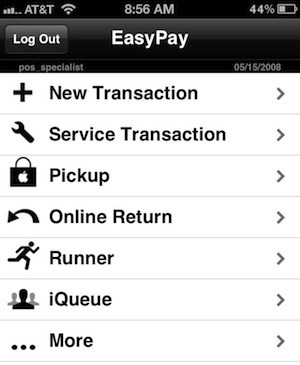 This program is unlike that of which they started offering in 2009 during Christmas time, where you could reserve limited products (no accessories) from the web site and pick-up those items in store. The new program will be an anytime-program where you can buy anything offered on the website and pick it up locally. This will be convenient if you don’t want your items shipped via UPS getting thrown around and left on your front porch, which gets somewhat ugly if your package gets lost while you’re away from your crib.

Personally, I like this idea. When I purchased my iPad 2 the other week I was set to swing by the Apple Store in the mall down the street, then I remembered it was the release day for in-store purchase of the Apple iPhone 4S as well, hence I opted to purchase it from Best Buy instead via the website and chose to pick it up in store as to avoid any rush for the new iPhone. I would have preferred to have purchased from Apple directly and picked it up from them so I can speak with Apple employees about recommended accessories and service options. Let’s hope this option is available and fully functional near me for my next purchase from Apple.