One of the major announcements at last month’s Apple event – aside from the introduction of two new smartphones and the company’s inaugural smartwatch effort – was that of Apple Pay, a contactless, NFC-driven system that would allow iOS 8 users to seamlessly pay for goods at a wide selection of outlets. As excited as we were about this significant new initiative, Apple did make it clear at the time that Apple Pay wouldn’t be hitting the scene until this month. With iOS 8.1 now upon us, we’re likely to witness a rapid, concerted effort to support the new infrastructure, and this has begun quite close to home today with an update to the Apple Store app.

Apple has long since tried to take the Apple Store app to the heart of its retail experience, and while many millions of users have already indulged, the introduction of Apple Pay brings a whole new dynamic to proceedings. 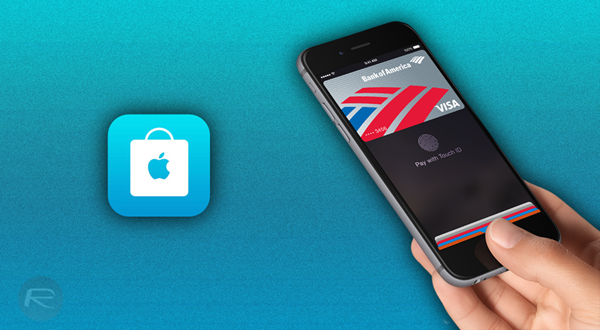 Those who’ve already picked up iOS 8.1 will be able to use their iPhones to make purchases in Apple Stores using Touch ID for verification, which is a far cry from the aging, plastic credit cards or carrying around a bunch of banknotes. Provided, of course, that the latest version of Apple Store is installed on said iPhone, the feature will work with any handset loaded with Touch ID, including the iPhone 5s, iPhone 6, and iPhone 6 Plus.

The iPad Air 2 and iPad mini 3, which were showcased last week at the second big gathering in as many months on Cupertino, will also join the party upon their respective releases, although it should be noted that only the iPhone 6 and iPhone 6 Plus will support retail purchases thanks to their NFC hardware. 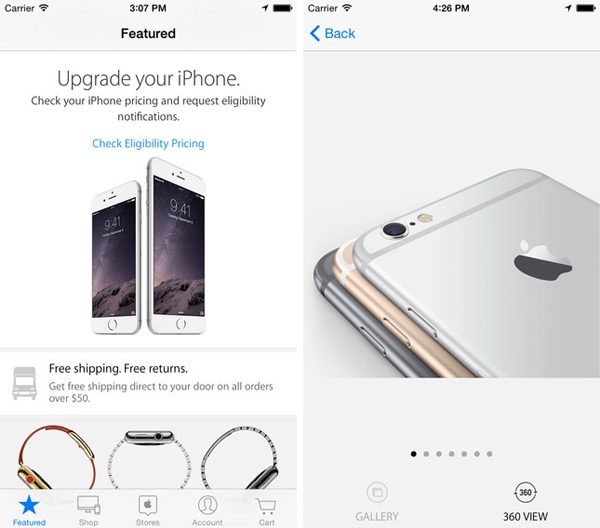 When Apple first introduced Passbook with iOS 6, we thought the natural next step would be to add mobile payments to the fray, but typically later than anticipated, iPhone 6 users finally have a device that doubles up as a wallet in the truest sense of the word.

When Passbook did rear its head back in 2012, a number of retail partners jumped on the bandwagon, and with many of the same faces having hopped aboard this time, including Starbucks, Groupon and the luxury, forward-thinking Uber taxi firm, it shan’t be long before most major retailers are Apple Pay-ready.

Anyway, the new Apple Store app can be picked up below, free of charge, via the direct App Store link provided.