The Apple Store app for iOS has just been updated to include support for the Apple Watch. Reports had recently suggested that owners of the wearable would soon be able to check in on order statuses and other such niceties from the comfort of their wrists, and now, the update has hit the App Store. Full details below.

As of the latest update, early Apple Watch adopters will be able to check their order statuses in real time, organize Genius Bar reservations, discover workshops at local brick-and-mortar Apple Retail Stores, and so forth. It does not, however, permit users to actually buy anything using the Watch as yet, and while this is something that the Cupertino will likely add in the future, it’s currently serving more as a quick-reference to the main Apple Store app on your iPhone. 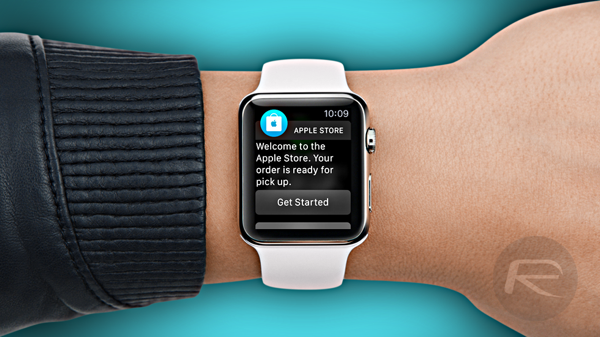 The amount of content and number of Apple Watch apps already available is quite staggering, and has, in many ways, lead us to overlook the fact that Watch is as much reliant on its connected iPhone as it is its own hardware. This Apple Store app update serves as a reminder that the Apple Watch should be considered a supplement to the wider iOS device family rather than a partial replacement, and if you are planning on making any Apple Store orders, it’s always going to be more practical and streamlined on the larger display of, say, an iPhone or iPad.

If you have managed to wrangle yourself an Apple Watch already, it’s unlikely that you’ll be rushing to grab this update, but nevertheless, the value of checking up on orders and such should not be swept under the carpet. Where a more capable version of an app or service is better suited to iPhone or iPad, porting all of the features through to Watch seems plain unnecessary, and so in this case, it seems Apple has the balance just right.

Anyway, grab the app via the direct link provided below, and do drop us a comment via the usual mediums.