We cannot, it seems, help but get carried away by voice assistants, and even though Microsoft joined the party extremely late with the introduction of Cortana earlier this year, the amount of hype it has generated for the software giant will certainly do Windows Phone’s cause no harm whatsoever. Having already been compared a dozen times to Google Now and Apple’s Siri, Cortana has had the benefit of watching and learning from both, but while the Halo-based voice assistant has clearly borrowed from its two longer-serving rivals in many departments, Siri is now looking to Cortana for inspiration.

With the World Cup currently in-play, we’ve now reached the quarter final stage, and Cortana has been successfully predicting the outcomes of the past few matches. With a perfect record of eight results from eight games, folks are starting to step up and take notice, and Apple’s Siri, it would seem, is among them. 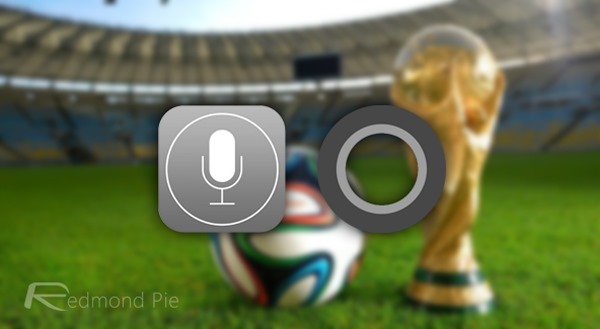 Unfortunately, though, if you ask Siri who who is going to win a particular match, you’re unlikely to get a straight answer. Given that we’re down to the last eight teams, the games are as close as ever, with nobody really sure which team is going to progress, and thus, an enquiry through Siri is likely to throw up a very on the fence kind of response.

We put it to the test, first asking Siri who would win out of the Netherlands and Costa Rica. The response we got: “I don’t have the line on this one, but Netherlands has a better record than Costa Rica.” Hardly decisive, and also, not exactly telling us anything that we didn’t already know. 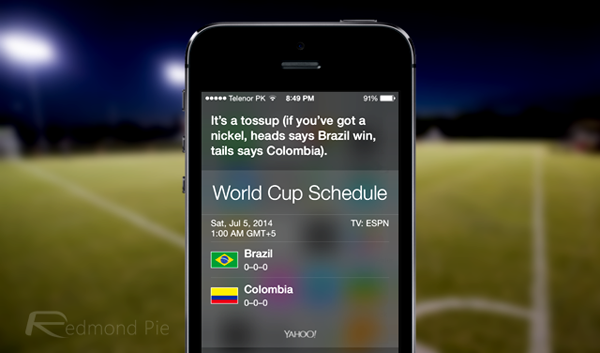 We did the same for the Columbia vs. Brazil game, and got the same reply, with Siri pointing out that Columbia has the better record than its rival and the tournament’s host nation.

Finally, we asked Siri who would win the World Cup, but unfortunately, all we got was the result from the last World Cup Final back in 2010, so clearly, Siri needs to pay just a little more attention to soccer’s most coveted exhibition. 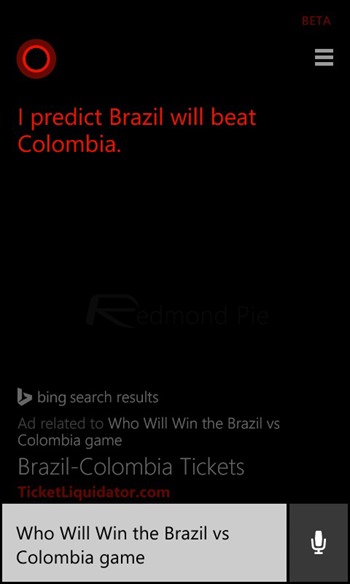 So, there you have it. If you’re looking for accurate, committed decisions, you’ll probably want to go with Cortana, but nevertheless, it’s interesting to see Apple and Siri taking prompts from Cortana as the battle of the voice assistants starts to get serious.