Apple Said To Be Working With NBA, NHL And MLB Players To Fine Tune The iWatch

The old saying of ‘there’s no smoke without fire’ has never been more apt than Apple’s fabled iWatch. With absolutely no news coming out of Apple in official channels, there have been enough leaks, and enough hiring of medical and fashion-oriented people that, at this point, we’d be flabbergasted if a smartwatch wasn’t on Apple’s roadmap. Quite when that will turn into a shipping product however, is anybody’s guess.

The latest round of rumors (which comes from 9to5Mac) have Apple asking a handful of professional athletes to get involved in the development of the item we’ve all dubbed the iWatch. With the unannounced hardware set to pack more sensors than the Starship Enterprise, it’s almost nailed-on that the iWatch will be able to check things like pulse rates, glucose levels and more. All this requires testing to iron out the kinks, and who better to do that than highly paid, highly skilled athletes who are willing to sign a watertight NDA?

The rumor goes that people familiar with the testing procedure inside Apple have let slip that two athletes in particular are already testing the iWatch, with one other, unnamed MLB star also getting a piece of the action. The two that have been named are the Lakers’ Kobe Bryant and LA Kings’ right winger Dustin Brown. They’re part of the NBA and NHL respectively, for those not into their American sports. 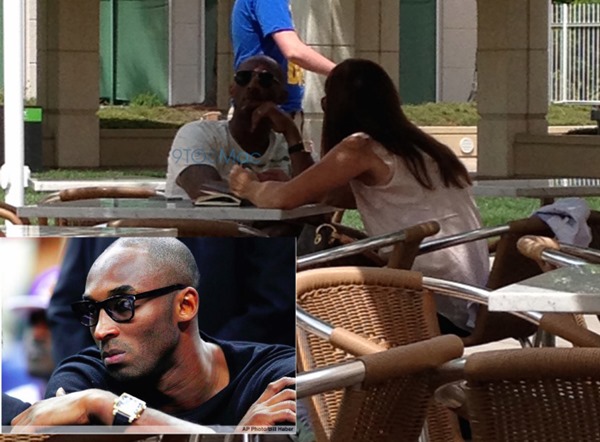 Bryant in particular has his own smoking gun, because he was spotted not too long ago, chit-chatting away at Apple’s Cupertino campus. The story then had him meeting Apple design head honcho Sir Jonny Ive, and with the latest round of rumors having him pegged as one of the iWatch’s early testers, it all makes just a little too much sense.

With Apple supposedly on course for an October release for the iWatch, testing will be at its peak right now. The recently announced iOS 8 packs plenty of software that has the capability to make the most of health sensors, so Apple adding its own hardware to the mix is almost a given at this point.

Having pro athletes testing that hardware is just the icing on the cake.