I simply love the advertisements Apple releases for their products. The ads are short but pack enough punch to knock-out a world-class heavyweight boxer. OK, maybe that last part was a bit of a hyperbole, but I’m sure you get what I’m driving at. The company has released a new ad, the first for the iPhone 4S, called Assistant which showcases some of Siri’s best features. 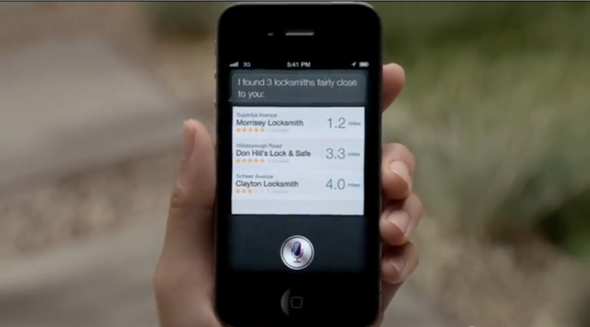 The advertisement comes straight from Apple in a video uploaded just minutes ago to their official YouTube channel.

Siri, as many of you already know, is an advanced “personal assistant” included with the iPhone 4S which lets you use your phone’s many “smart” features through the power of voice alone. It uses natural language processing to allow humans to interact with Siri in the most natural way possible; unlike other voice commands-based technology, Siri understands context and gets better and better as you use it.

Siri can perform a wide variety of tasks such as: setting reminders, alarms, calendar events, sending text messages, emails, tweets and status updates, finding restaurants, the way back home and answers to general queries. It integrates with almost all Apple-developed built-in apps and uses Yelp, Wolfram-Alpha and even Google/Bing to ensure that it fulfills your command.

While folks like Andy Rubin (Senior VP, Google Mobile) doubt the usefulness of Siri, we believe that Siri is a very useful feature, at least for people who have trouble using smartphones (including the technologically-illiterate and visually disabled. And it is Siri’s usefulness which is showcased in the first TV spot for the iPhone 4S.

From informing you on how to tie a bow tie to showing a child how a weasel looks like, the ad – titled “Assistant” goes through some of the situations where Siri can be used to guide people little problems they face in daily life.

Siri is part of the three major features of Apple’s latest smartphone. The iPhone 4S, which was launched on October 14th, is seeing extraordinarily high demand: Apple has called it their most successful iPhone launch ever, with it selling more than 4 million units in its first three days alone. You can learn more about the iPhone 4S in our post on its features and specifications here.