Apple Files Patent For iPod nano With A Built-in Speaker

Aside from the seemingly endless list of superlatives used to describe new products as they are announced, Apple is also building a reputation for filing patents on a regular basis. 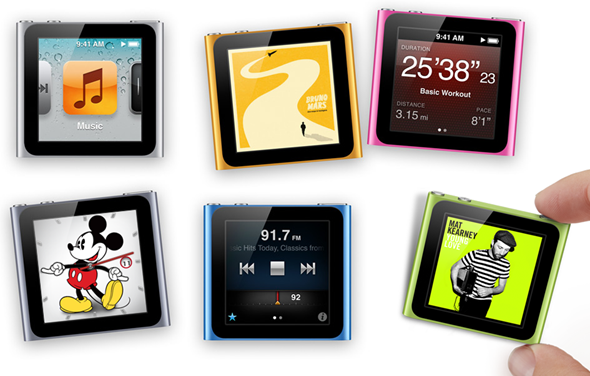 That label may be a somewhat unfair – after all, it is of vital importance for companies of Apple’s stature to secure innovations which could potentially hold the difference between a good product and a complete game-changer. Additionally, Apple is nowhere near the summit of the ‘patent charts’, sitting in 31st at last viewing, whilst rival (and frequent court foe) Samsung topped the charts with a colossal 12,000 patents to its name as opposed to the fruit company’s comparatively paltry 1200.

Apple co-founder and former CEO Steve Jobs took an incredible 313 patents with him to the other side including the iconic click-wheel, which highlights just how seriously the protection of innovation and new ideas is taken by Apple et al.

The company’s latest patent is for a small speaker which would theoretically be added to the back of the clip on the the iPod nano and/or iPod Shuffle. The patent itself doesn’t name either device (or any, for that matter), but the sketches do bear striking similarities. 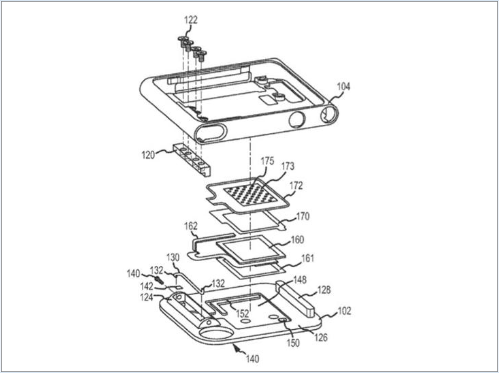 The minuscule speakers wouldn’t be able to produce much in terms of sound quality (or indeed loudness) – possibly resembling the dark-age, tinny speakers found on the majority of mobile phones a few years back.

The guys over at TechRadar have speculated that the speakers could be used for some Siri implementation, but with the disappointing news just yesterday that the system-wide voice recognition technology could only function fully on the iPhone 4S – leaving hope of an eventual port to other touchscreen iDevices somewhat tarnished – the idea of Siri being implemented onto a Shuffle or nano seems even more unlikely.

Having said that, some basic voice controls would certainly not go amiss. After all, by my reckoning, the iPod Shuffle is designed for joggers and generally active people, thus a simple shout of ‘skip’ to select the next track certainly may not be a bad thing.

With companies filing thousands of patents annually that never reach any kind of fruition, this could well just end up being another one of those secured and subsequently discarded ideas. We’ll have to wait and see.