What started out rather amicably has somehow managed to evolve into one of the most interesting and long-drawn out patent battles in tech history. This week’s judicial decision to allow Apple the right to go after a total ban on a variety of Samsung’s smartphones has been followed up today with a verdict that will see South Korean based Samsung liable for an additional $290 million in damages.

History has shown us that whenever these two companies go head-to-head in court the voyeuristic onlookers are sure to be in for a treat. Previous court appearances between Apple and Samsung have unearthed some fantastic and extremely historical goodies and documents that would have otherwise remained hidden from the public if they weren’t required as evidence. This latest retrial has proved to be no different, with legal teams throwing around racially motivated accusations as well as claiming that the iPad mini wasn’t inspired by the successes of other similarly sized tablets.

Those watching the trial first-hand will ultimately form their own opinions that will be derived from how they assimilate the evidence provided, but the only verdict that really matters is that of the jury, who in this case ruled in favor of Apple to the tune of an additional $290 million. The cash amount will be paid to Apple by Samsung in settlement for being found guilty of infringing on the company’s patents and adds to the $600 million that they have already had to cough up for their misdemeanors.

Samsung headed into the trial almost expecting to have to cough up some kind of settlement. The South Korean company was aiming for a settlement figure around the $52 million mark, while Apple was hoping to extract upwards of $380 million from the Samsung coffers. Neither company left the courtroom with the ideal outcome, but it’s clearly evident that Apple’s legal team will be the happier of the two. Almost immediately after the trial, a Samsung spokesperson expressed their disappointment at the verdict, especially considering the US Patent and Trademark Office has recently deemed the patent in question as being “invalid”. 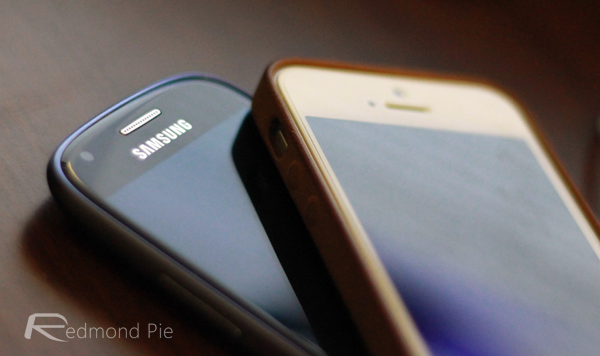 Both companies have their take on the situation and are sticking to it rigidly. Apple is standing by their long-term opinion that the case has always been about more than patents and financial gain. They believe that the case is about the protection of innovations and their right to develop unique products that customers love without fear of blatant replication. As usual, it’s likely the truth lies somewhere in the middle.