This week, in the unlikely case that you weren’t already aware, is Black Friday week, and the deals and special offers will be running from most of the major retail outlets. In technology terms, it’s a great time to go shopping in preparation for the holiday season, particularly since many of these price-cuts don’t occur at any other time of year. Apple is a prime of example of a company that seldom alters its price structure except for on Black Friday, and those holding out on an Apple purchase in hope of making some savings later on this week will be pleased to learn that the Cupertino outfit has just announced the details.

The bad news is, as ever, there won’t be any deals on the iPhone, full stop. To be fair, we’ve come to expect this over the years, and considering the Apple smartphone is its marquee product, the fact that it won’t be any cheaper on Black Friday is not too surprising. 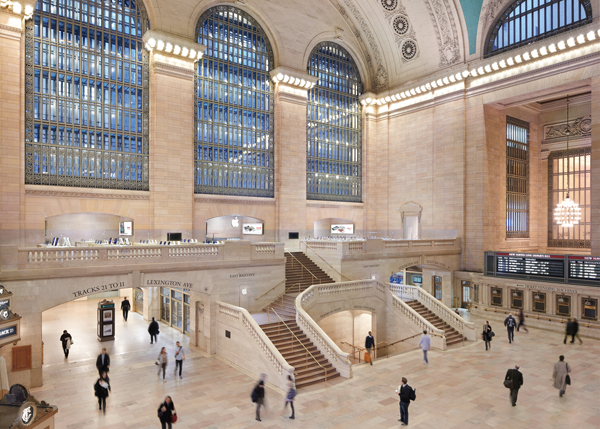 Still, you can save a healthy amount on the likes of the MacBook, iPod touch and iPad, and with the deals available on the Apple Online Store as well as those iconic Apple Retail Stores, you’ll be able to grab the product you want at your own convenience.

Ordering online is perhaps the best bet, since the Apple Retail Stores will likely be busier than usual this coming Friday, but if you don’t want to have to wait until next week to enjoy your shiny new iPad or MacBook, it may well be worth taking the trip to your local outlet.

The prices, which have yet to be revealed by Apple, will run from midnight on Thursday until midnight Friday, so if you want to take advantage of these as-yet undisclosed savings, then be sure to secure a little free-time this Friday. 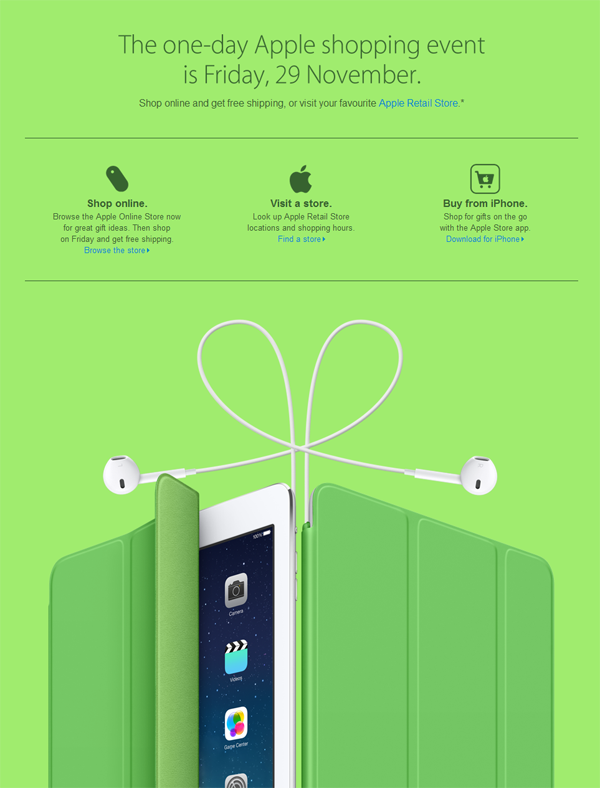 I’m sure we’ll learn of the specifics in the coming days, and when Apple does divulge this info, we’ll be sure to keep you guys updated here at Redmond Pie. Although we’re not talking half-price savings here, every dollar counts, and since Apple’s products usually command quite a few more dollars than alternatives, you won’t want to be missing out.

We’re certain that instead of the usual price cuts, Apple will re-run its previous formula of offering free gift cards with purchase of their hardware at full price.