Nokia, which had disputes with Apple over patents for years, agreed to drop the charges in exchange for a one-time licensing fee, along with a royalty fee for every iPhone sold. Yes, Apple will now be paying Nokia money for every iPhone it sells. 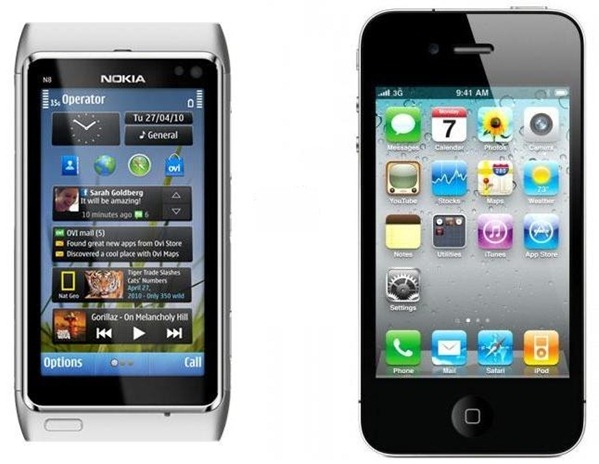 Disputes between the two companies began in 2009, when Nokia sued Apple over certain patents related to communication between the phone and outside networks. Instead of a long lawsuit, both companies figured it would be better to just settle the case now. Under this deal, Apple will be able to remain selling the iPhones with no modifications whatsoever, while still ensure Nokia gets a cut from Apple’s success, as explained by Stephen Elop, president and chief executive officer of the Finnish company:

We are very pleased to have Apple join the growing number of Nokia licensees, […] This settlement demonstrates Nokia’s industry leading patent portfolio and enables us to focus on further licensing opportunities in the mobile communications market.

Nokia took this opportunity to point out how much intellectual property it managed to build up over the years:

During the last two decades, Nokia has invested approximately EUR 43 billion in research and development and built one of the wireless industry’s strongest and broadest IPR portfolios, with over 10,000 patent families.

It’s unknown how much money Apple will be paying Nokia, but it’s expected to be an insignificant fee if the company’s profit margin is taken into consideration. For Nokia, on the other hand, a royalty fee from a product that’s proven successful might just be what the Finnish company needs to pull itself out of its troubles.

Nokia was the world’s largest smartphone maker until Apple surpassed it this year. Starting earlier this year, with a former Microsoft executive at the helm, Nokia has engaged in an effort to renew itself: the company’s traditional Symbian operating system will go away and be replaced with Windows Phone 7, which should give Nokia phones a good and more modern platforms. While details about new phones aren’t yet known, many are expected to begin shipping starting next year.

Meanwhile, iPhone sales remain strong with 18.6 million sold in the first quarter of 2011. With a rumored iPhone coming out in just 2 months, those sales figures should only get better, except now Nokia will be getting a slice of the cake.