The First-Ever Antivirus And Malware Scanner For iPhone, iPad Is Now Available, And It’s Called VirusBarrier

Apple has always been a fairly malware-safe world, aside from an occasional threat that pops up every so often. While malware incidence has indeed been low on both Mac and iOS, Mac OS X anti-malware maker Intego, has developed a new malware scanner for iOS devices. 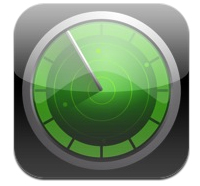 VirusBarrier, as this new tool is called, will scan places where malware is the likeliest to be stored at, such as the user’s Dropbox folder, as well as Mail attachments and other locations within iOS that are directly exposed to users. This tool is an on-demand scanner, meaning that it doesn’t run in the background due to the nature of iOS’ multi-tasking (or lack thereof), therefore users will have to manually scan files from the app itself or by pressing and holding the link to any file and selecting "Open in VirusBarrier". 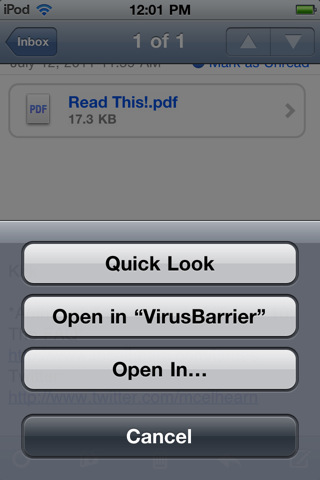 You may now be wondering about the need for an anti-malware application on an iOS device, since after all no software that hasn’t been reviewed by Apple can run on the system (unless you’ve jailbroken it, of course). It turns out that the main goal of this app is to stop infected files from ending up on more vulnerable systems, as explained by the company in a press release:

While there is no known malware for iOS, files can flow through these devices into computers at home and at work by e-mail, or via remote locations such as MobileMe or Dropbox. Mac and Windows viruses, malware and worms will take any path they can to get into home and work computers, and can easily be passed on to friends and co-workers directly from an iOS device, even though they do not affect iOS devices.

VirusBarrier is, of course, equipped to detect Windows, Mac and Unix viruses, therefore expect its virus definitions to be updated quite often. VirusBarrier can be downloaded from the iOS App Store for $2.99, which will grant you free detection updates for a year. From that point, you’ll have to purchase a license again for an additional $1.99 every year. 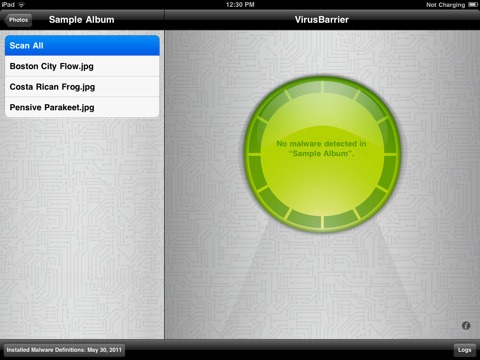 Whether this app is worth the investment is up to you. Common sense is usually enough to keep malware out most of the time, but there’s nothing wrong with wanting a second layer of protection.