The smartphone industry is one of the most fiercely contested in tech space, and although Windows Phone 8 will bring Microsoft well and truly into the fold, the battle is currently fought between Google’s Android and Apple’s iOS platforms.

Android leads the way in terms of market share and general reach, although according to Strategy Analytics, Google’s grip on consumers appears to be loosening somewhat, with Apple standing by to pounce on them. 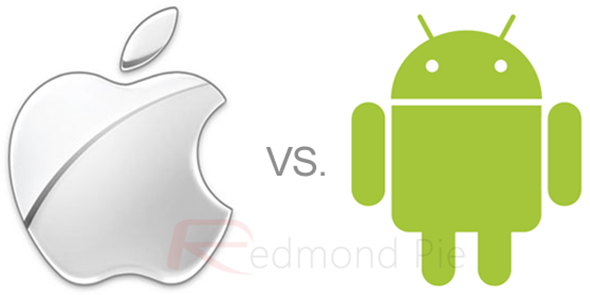 Compared with sales figures from Q2 last year, US Android smartphone sales dropped in the second quarter of 2012, while sales of Apple’s iPhone went up by almost the same margin. In general, total smartphone sales actually declined five percent, down from 25.2 million to 23.8 million, attributable largely to the economic climate and alterations in the way carriers handle device upgrades.

The decline will certainly make alarming reading for Google, who sold a total of 15.3 million Android handsets in Q2 2011, commanding 60.6 percent of the market. The Galaxy S III, which is already said to have sold 10 million units, still hasn’t pushed an increase on last year’s numbers, with Google’s flagship platform only managing to muster 13.4 million sales. That amounts to a market share of 56.3 percent, down four percent – or two million handsets – on the same period of last year.

Not only did iOS manage to increase sales, but it was the only platform to do so in the smartphone stakes, and sales numbers bumped by around two million units. This also gives Apple a 33.2 percent market share – ten percent up on last year – and this is in spite of heavy rumors regarding the next iPhone. 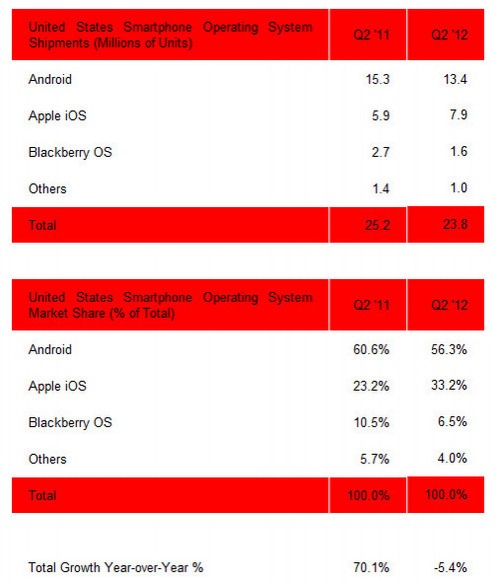 When a new device is on the horizon, consumers usually hold back, and the "iPhone 5," expected to be longer and pack a larger screen than its predecessor, has been the talk of the town for months now, and as such, the iPhone sales numbers probably would have been higher.

Meanwhile, things continue to go from bad to worse for Research In Motion’s Blackberry OS, which lost in excess of one million sales, managing a paltry sum total of 1.6 million, or 6.5 percent of the market. This is certainly the lowest part of RIM’s decline thus far, and with BlackBerry OS 10 delayed until 2013, it will be miraculous if the Canadian company is still around in a couple of years’ time.