Google has just announced the next maintenance release of Android Nougat which will take the platform to version 7.1.2, and concentrate primarily on fixing a number of identified bugs in the firmware as well as making general stability and performance improvements for the benefit of all users with compatible devices.

In order to get the firmware out into as many hands as possible and tested on as many devices as possible, both in terms of numbers and device type, Google is already rolling out the maintenance 7.1.2 release to users who are fortunate enough to be registered on the company’s Android Beta Program. Those users will be able to utilize the 7.1.2 maintenance release of Android Nougat on a variety of devices, including Pixel, Pixel XL, Nexus 5X, Nexus Player, and of course, Pixel C hardware. Google will also be extending that support to Nexus 6P in the very near future. Nexus 6 and 9 though will not be supported. 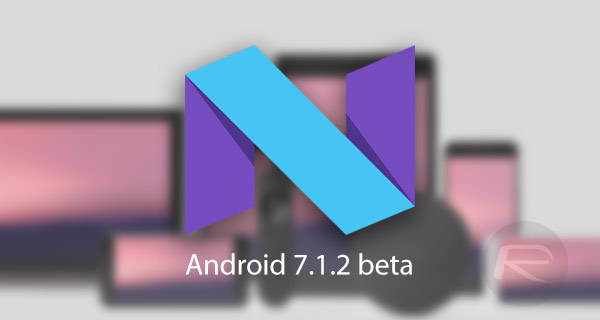 Additionally, if you’re not enrolled in the Android Beta Program, no worries, as Google has also released the factory images, which are now live and available on all compatible devices mentioned earlier.

Rather than being an all-singing, all-dancing update with a plethora of new features and additions, Google is keen to stress that Android 7.1.2 is very much an incremental maintenance release with a heavy focus on refining the Android platform progressing forward:

Android 7.1.2 is an incremental maintenance release focused on refinements, so it includes a number of bugfixes and optimizations, along with a small number of enhancements for carriers and users.

Google hasn’t exactly gone to town on issuing an exhaustive changelog or set of release notes identifying exactly what’s new in Android 7.1.2. With this particular release, the company is sticking by the “enhancements for carriers and users” line, which basically alludes to the fact that this release is full of fixes, patches, and under-the-hood improvements, rather than any brand new outward-facing changes for beta testers to sink their teeth into.

If you are interested in this particular build, and all beta builds going forward, then then quickest route to getting it is by registering yourself and your device on the Android Beta Program, a guide for which can be found here. For those already running an Android beta build on their device, the latest 7.1.2 beta release should be available as an OTA update. If you’re looking to install a fresh copy of the latest beta on their device, you can grab the relevant factory image for your device from here.

With the current version being released as beta, Google is expecting to officially release the platform to the public in a “couple of months”.