Whenever you talk about or think of Google Android, sugary and delicious snacks are the first things which come to our minds. The multinational corporation has spread its wings wide with the products and services that they offer around the globe, but will almost always be thought of predominantly as the world’s largest search engine. However, if you happen to be from out of town and walked past Google’s Mountain View Campus, you might be forgiven for having your dentist on standby as you stare at the range of irresistible treats that are on display. 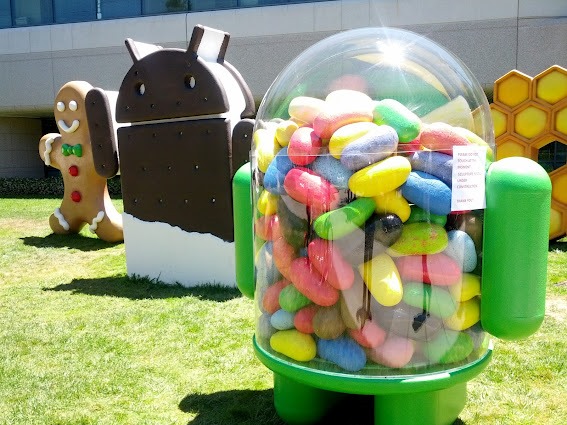 The company behind the Android mobile operating system obviously have a seriously strong sweet tooth, with each new version of the OS being named after a sickeningly sweet dessert but it also seems that they are a sucker for keeping in line a tradition they initially created that involves erecting a giant ode to each new treat outside of building number 44 at the Mountain View Campus. Although we are soon expecting the announcement of Android 4.1, the tradition is dated back to the Cupcake 1.5 version of Android and judging by the images, is still going strong.

The latest addition to the lawn-based monuments comes at a perfect time considering the annual Google I/O conference kicks off tomorrow at the Moscone Center in San Francisco. Developers and engineers from all over the world will descend to California to discuss all things new and emerging in the technology world, with the announcement of Android 4.1 expected to feature heavily during the opening keynote presentation at the event. As is always the case, the keynote presentation will open the event with the I/O schedule also showing that a discussion about all things new in Android will follow straight after, a place where Android Jelly Bean will be greatly discussed. 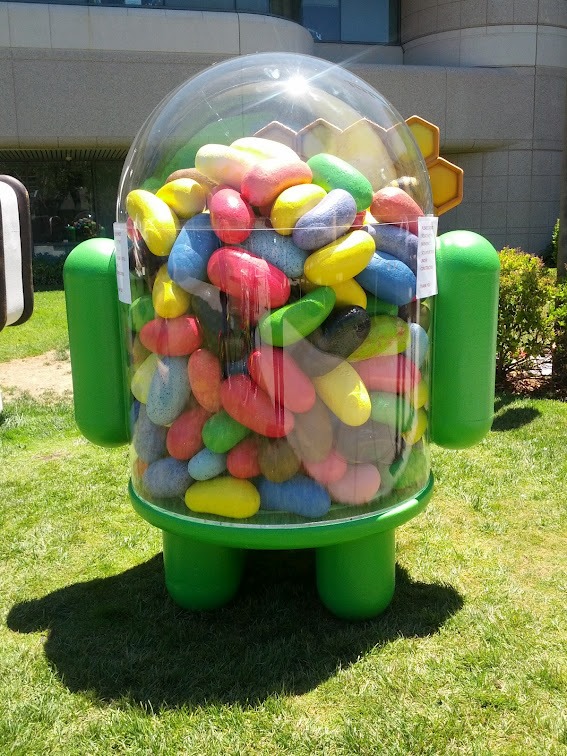 Apart from Android 4.1 Jelly Bean itself, we’re expecting a lot from Google this time around at their I/O keynote. We’re sure Google will announce a bunch of new APIs for developers to crave on, and apart from that, we’re also hoping that Google will also announce something regarding to the quality of apps being developed. But that’s just our guess. Make sure to tune in tomorrow for all of the news coming from Google I/O.