Amazon Offering $50 Discount On Kindle Fire HD 8.9” For Today Only!

Deals from retailers are plentiful at this time of year – particularly on electricals – and Amazon has joined in with the festive fun by pushing a spectacular deal on one of its own-branded products. The Kindle Fire HD is a fine example of a tablet combining good, solid features with a respectable price tag, and for one day only, you could save a whopping $50 off the price of the 8.9-inch configuration.

Amazon caused a frenzy when it originally launched the Kindle Fire, because it was, by all accounts, the first tablet most consumers could afford. The world’s foremost online retailer released the much-improved, higher-resolution Kindle Fire HD earlier this year, and so far, the response has been fairly positive. 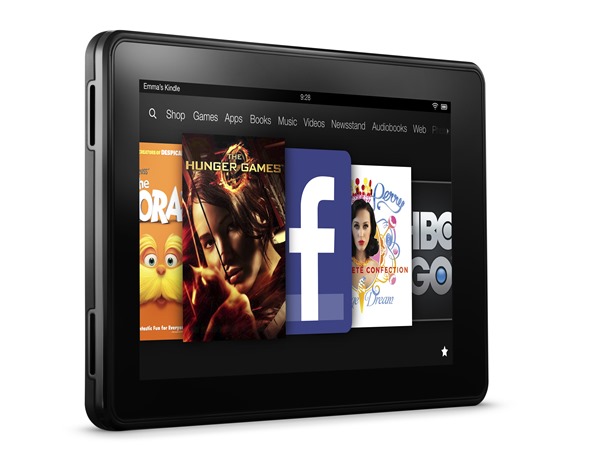 Those looking to grab the device – which runs on a variant of Google’s Android – should take the opportunity to do so today. Whenever you purchase from Amazon, there’s always that screen where you get the chance to type in a promotional code of your choice, and by entering “FIREHD89” without the quotation marks, you can save yourself $50. This means, for example, you could grab the entry-level Wi-Fi model for a $249 – placing it in the same territory as Google’s Nexus 7 in terms of value for money.

The deal is only available for the duration of the day (Monday December 10th, 2012), so if you’ve been thinking of buying a Kindle Fire HD, now is certainly the best time to take the plunge. And hey, even if you’re not looking for a new tablet personally, these things make great gifts, so if you have somebody to buy a present for this holiday season but are unsure of what to buy, the Kindle Fire HD represents great versatility.

Aside from Apple, which tends never to shift the costs of its prized devices, expect more aggressive price points from some of the biggest names in the mobile industry. Google is set to be plotting a $99 tablet, which would certainly put the proverbial cat amongst the pigeons, but in the meantime, I expect the Big G to – like others – make significant price reductions in order to make this holiday as fruitful as possible.

We will keep you in the loop with regards to any other new and exciting deals, so stay tuned!