AdThief Malware Has Infected Over 75,000 Jailbroken iPhones And iPads

Those of us carrying iPhones and iPads around are sometimes all too quick to point the finger at those with Android devices while waxing lyrical about how their phones and tablets are so susceptible to malware. That’s probably the truth if everything is left as nature intended, but if you start to jailbreak that aforementioned iPhone or iPad, then all bets are off.

The AdThief malware was created by a Chinese hacker and was discovered way back in March, and it looks like it’s been on quite the infection spree. If you’ve got a jailbroken iOS device, then you’re going to want to pay attention. 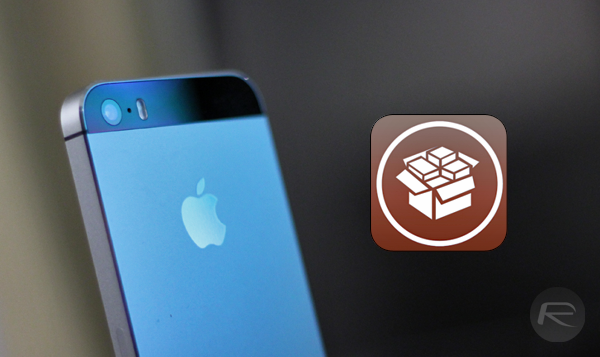 Security researcher Axelle Apvrille has revealed that AdThief – or ‘Spad’ as it’s also known – has managed to steak advertising revenue from over 75,000 iOS devices. Given the number of ads that it has managed to hijack is believed to be approximately 22 million, that’s likely to equate to quite the bounty for those reaping the benefits of their dastardly deeds.

The aforementioned malware gets installed as part of certain untrusted Cydia repos and packages, likely the pirated ones, and it disguises itself as a Cydia Substrate extension. Once installed it replaces legitimate affiliate codes from a range of ad networks with its own, meaning all taps generate revenue for the person or people behind the malware.

AdThief is a technical and malicious piece of code which hijacks revenue from 15 different adkits. It is built on top of the Cydia Substrate platform, available for jailbroken devices, which provides it with an easy way to modify advertisement SDKs.

For more information on exactly what this monstrosity is capable of doing be sure to check out the paper itself here because it’s quite the read. 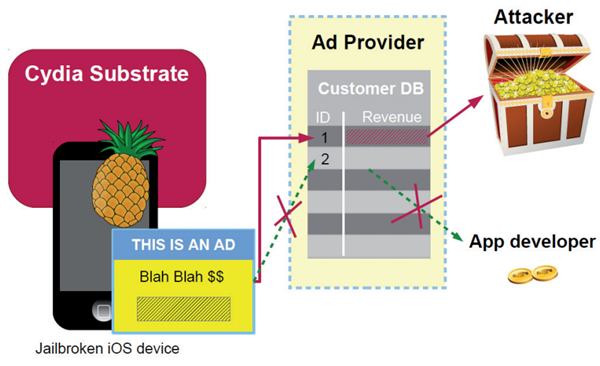 It’s important to remember that this malware cannot infect devices that are not jailbroken, and those who do jailbreak should always be aware of any potential security and privacy implications that may arise as a result.

Though jailbreaking brings with it a ton of benefits to users – customization, tweaks and themes – but sometimes if you’re not careful enough, and install tweaks from illegitimate sources, it could compromise your device.