Apple released the original iPhone a good few years ago, many were disappointed that the iconic glowing Apple logo wasn’t part of the design. Sure, there was an Apple logo on the back of the iPhone as you might expect, but there was no glowing to be done and that was a damned shame. Apple has made notebook computers with glowing Apple logos since 1999, and we have found ourselves hoping that each new iPhone announced would feature a similar logo design.

Alas, so far at least, Apple has declined to give us the nostalgia hit we all crave.

But all is not lost, because if you are using an iPhone 6/6s or an iPhone 6 Plus/6s Plus you can now get your very own glowing Apple logo on your iPhone.

The process of making the logo on the back of an iPhone glow isn’t one for the faint of heart, but the results do speak for themselves. At least in the looks department. The way it works is that you need to basically connect the new backlit logo to the display’s power, so that it is lit based on the brightness of the iPhone’s display. When the display is off, the logo turns off, when the display is on, the logo turns on. This way it hardly has any negative effect on the battery of the iPhone.

The process of installation, which even when outlined via a YouTube video that has been sped up, still manages to run for seven minutes. That means this will need some time and a plan of action before you even begin to get started.

If you do follow this through though, in exchange for your $17 you will get all the kit needed to make an iPhone’s Apple logo glow. Apart from the nerves of steel. You’ll have to provide those yourself unfortunately. 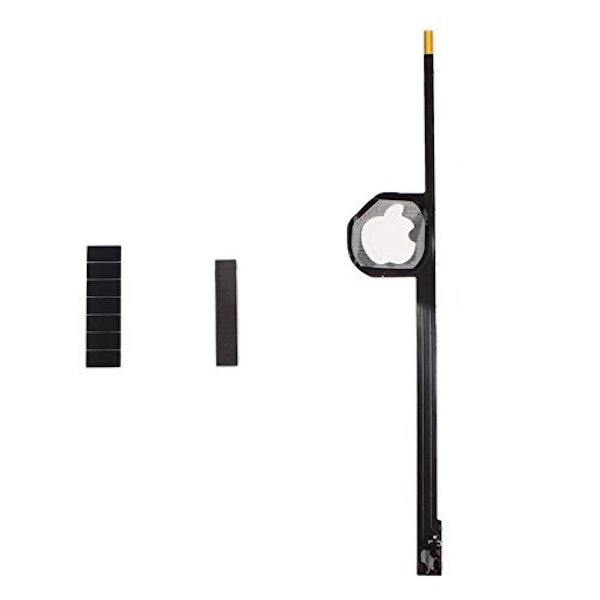 Ideally, we would recommend you find a pro with all the right tools and knowhow of the ins and outs of the iPhone to install this thing for you, but if you do decide to forge ahead then it’s important to remember that we cannot be held responsible for any damage to the device as a result of improper dis-assembly and/or installation of this kit. That being said, if you know what you’re doing then good luck to you. We’re jealous already.