With the forthcoming iPhone 6, Apple is expected to break from tradition in a number of key areas. Notably, the display will see the biggest size increase since the original handset back in 2007, while the overall design will draw much of its inspiration from the iPod touch and iPad Air / iPad mini. Another tidbit we’ve continually heard over the past couple of weeks is that the front panel will be comprised of sapphire glass, as opposed to the Gorilla Glass from Corning that Apple has long since utilized. Following a leaked video yesterday showcasing the panel’s ability to bend, another clip has today appeared offering a glimpse of how the front shell may cope with scratches.

Although some stress tests, such as the drop test, don’t really tell us a great deal about real-world performance or damage probability, the key-and-knife test offers a fairly solid idea of a display panel’s durability. After all, while we mightn’t want to go ahead and slash a device with a sharp tool, as YouTube techie Marques Brownlee does in the clip below, your smartphone can inadvertently encounter all kinds of sharp objects, including keys and other pocket fodder, when squirrelled away. 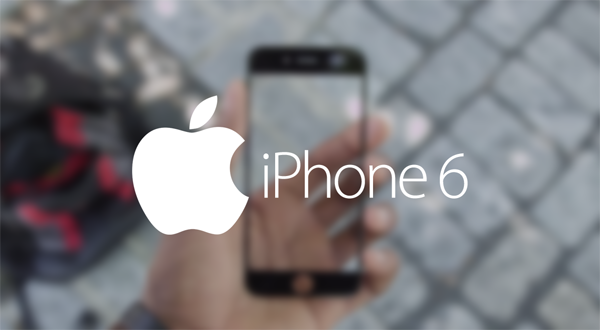 Sapphire glass is currently used as the outermost component of the iPhone’s camera, and not only is it very robust, as we’re continuing to see through these numerous tests, but it’s also very clear, making it an ideal candidate to replace Gorilla Glass.

Aside from a sapphire glass front panel, the iPhone 6 is expected to arrive in two different size configurations, with a 4.7-inch model said to be allied to an even larger, 5.5-inch variant. It was initially suggested that the smaller version would continue to pack Gorilla Glass, with Apple’s inaugural “phablet” device offering a number of perks including sapphire glass. But with this leaked 4.7-inch panel, which has come to our attention through numerous sources, it would seem that Apple won’t be using sapphire glass as a differentiator.

You can check out Brownlee’s video below, which puts the leaked display through its paces. As you’ll notice, it holds up very well through scratching and bending, and although we’ll reserve judgment until we get know for sure that Apple will indeed be taking the sapphire route, we’re rather impressed with what we’ve seen so far.