If you had mentioned the possibility of having standard access to the ability to print three-dimensional solid objects from a digital image a few years ago, then most people would have turned their noses up and say that it would never be possible unless the user had a shed load of cash to invest in the process. In some aspects, that has actually proven to be true, with 3D printing being available but not exactly the cheapest thing in the world. Fortunately, thanks to processes being introduced that remove much of the hassle behind designing prints, the whole process is becoming cheaper and more accessible.

The 3DPCase app for iPhone, iPod touch and the iPad is one such example that is bringing 3D design and printing capabilities to the masses, with the app existing to let iOS users take a creative lead in designing their own 3D iPhone cases with the use of various pre-designed templates. The app itself comes from a French printing company that is attempting to open the doors to 3D printing by letting users design their own product. 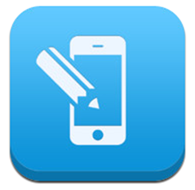 3DPCase essentially works by offering a selection five different templates to the users, through which they can alter and customize the layout of the template, as well as the shapes included and add their own text to the design. It’s a rather simple implementation of what can potentially be an extremely difficult process, with users being able to design and submit their own iPhone case creations and have them shipped for as little as $14.99. Not bad I’d say. 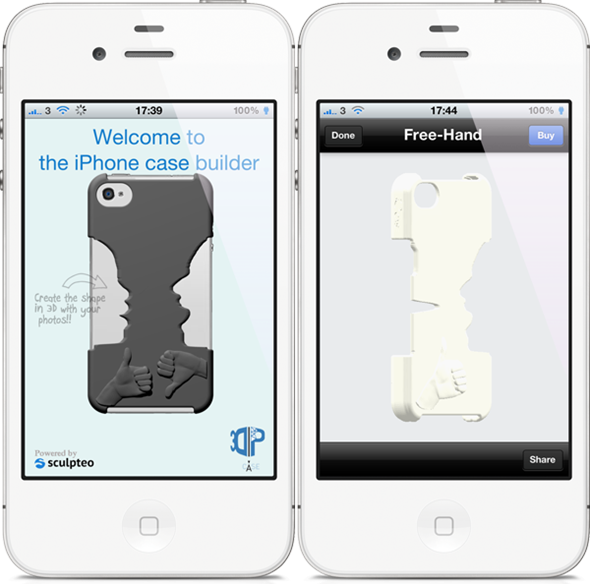 The included templates allow fairly interesting designs to be made, like being able to carve a face into an iPhone case using an uploaded image, or printing an embossed map onto a case from your local area with the addition of some custom text. The whole process is quite simple and can literally be completed in minutes with purchases being handled in the app as well. In addition to creating cases, the app also allows the user to view previously purchased orders linked against an account. The app can be a little fiddly to customize the designs on the small screen of the iPhone, so it’s worthwhile using on an iPad if possible. 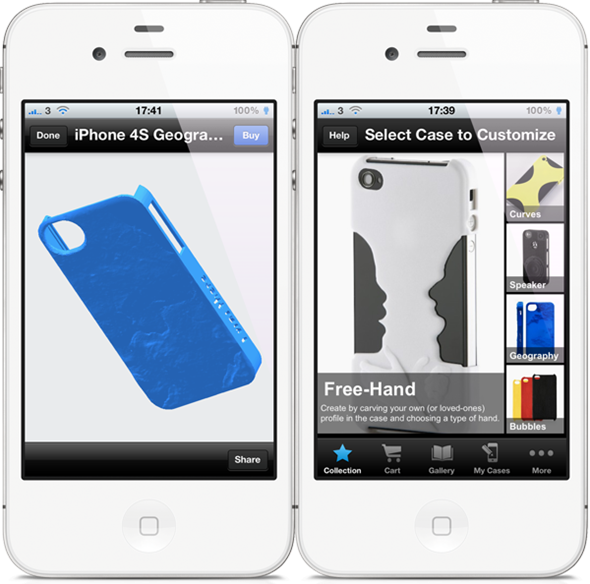 (Source: 3DPCase for iPhone and iPad on App Store)