When Apple officially introduced the Apple TV 4 and the underlying tvOS-based App Store for the set-top-box, it really got the imagination running wild about what would be possible, and just what type of apps would eventually filter through Apple’s servers intended for the platform. With consumers adopting the Apple TV in droves with the intention of making it the center of their living room’s digital entertainment experience, the number and variety of apps being made available for the platform has not disappointed thus far. One of the latest app to land on the tvOS App Store is as unique as it is entertaining, bringing amazing 360-degree videos to a connected high-definition television set.

The recently released tvOS version of Littlstar shouldn’t be an alien app to iPhone and iPad owners who have an interest in immersive 360 degree and VR videos. The company may have just landed its presence on the tvOS App Store, but has had a set of fans on the iPhone and iPad for quite some time thanks to the immersive 360-degree experiences that it offers. The small company, which has received financial backing directly from the Disney Accelerator fund, claims to have thousands of videos hosted on its servers from a range of big name companies that can all now be accessed and controlled on the new Apple TV via the accompanying Siri Remote. 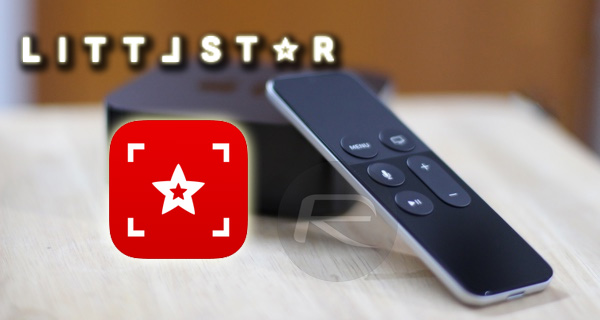 Some of the world’s most instantly recognizable brands, such as MLB, Mountain Dew, National Geographic, Red Bull, the Discovery Channel, and Fusion, have all provided video-based content for the Littlstar experience on the Apple TV. User can directly interact with the Siri Remote to effectively control the viewpoint at which the chosen video is being watched from. As an example if you choose to watch the ballet video, you can either watch the stage show directly, or pan around the theater and even view the audience from the performers’ perspective. It is simply brilliant, and really does make you feel as if you’re part of the live experience.

The app itself, along with the video content was always worthy of being downloaded, but now with users being able to experience it all on a big screen, it has become one of those must-have apps on the Apple TV. Littlstar also allows users to upload their own 360-degree video content to be viewed and experience by other users; a touch which truly adds to the experience of the app on the fourth-generation Apple TV.

Littlstar can be grabbed right now from the tvOS App Store, and is a free download.