With all the screaming and shouting about the iPhone’s penchant for collecting data on its user’s location, PC Mag saw fit to reach out to various players in the mobile market, namely Nokia, RIM, Google, HP and Microsoft. Only one replied, the always-willing-to-blow-their-own-horn Microsoft. 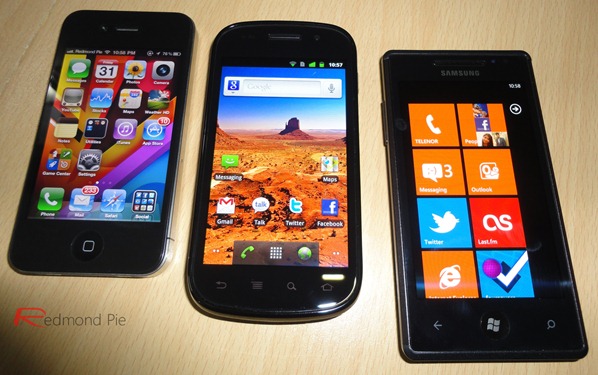 According to the Redmond outfit, their fledgling mobile OS Windows Phone 7 does not keep tabs on its hardware’s location in the same way iOS (and Google’s Android for that matter) does. While the OS does have a ‘find my phone’ feature, Microsoft says this only tracks the phone’s most recent location and doesn’t keep hold of past data. So that’s that then.

Microsoft told PCMag unequivocally that phones running Windows Phone 7 do not store location history. Like most other phones, the platform offers plenty of location-based apps, and those apps require user consent before they begin tracking. Windows Phones also offer the common feature of a "global switch" that lets the user disable all location services, and Microsoft says its "Find My Phone" service keeps only the phone’s most recent location.

Apple hit the headlines last week with news that an unencrypted file on all iOS devices is filled with location data allowing a map of your movements to be made, should the desire take you or anyone else. Apple CEO Steve Jobs today claimed that the mass hysteria was based on false information. In typical Jobs fashion however the CEO and co-founder didn’t elaborate.

What it all boils down to is this: If you’re really worried about people knowing where you’ve been, then peak out from beneath your tinfoil hat and check out Windows Phone 7.