Watch 2009 US Open Tennis LIVE on your iPhone

The United States Tennis Association in association with IBM and American Express brings the official iPhone app for the 2009 US Open Tennis Championships. Follow the action LIVE during the Open from August 31st to September 13th on your iPhone and iPod touch. Don’t miss the action as the World’s top players compete against each other for one of the biggest prized crown of the year! 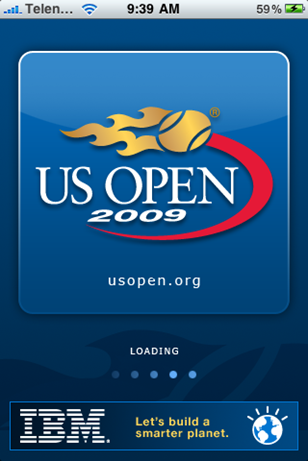 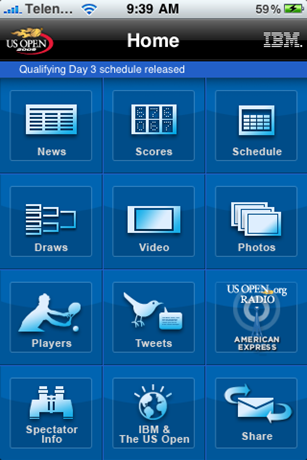 Home Screen with bunch of options to choose from. 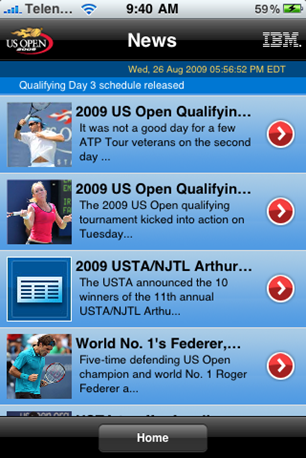 Latest News and updates from on and off the court throughout the tournament. 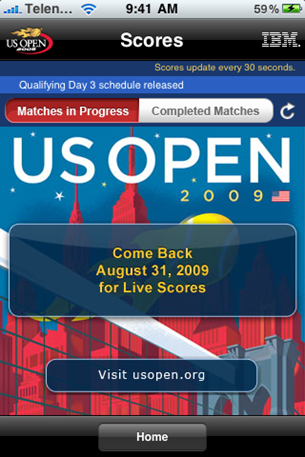 Follow LIVE Scores and completed match results during the Open. 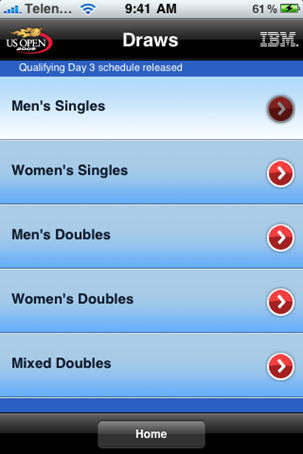 Check out the schedule and draws for upcoming matches. 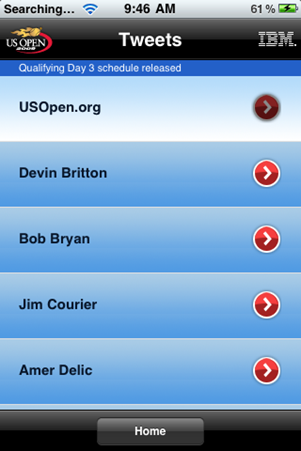 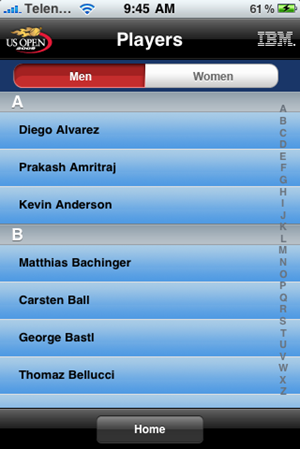 Player profiles from the Open. 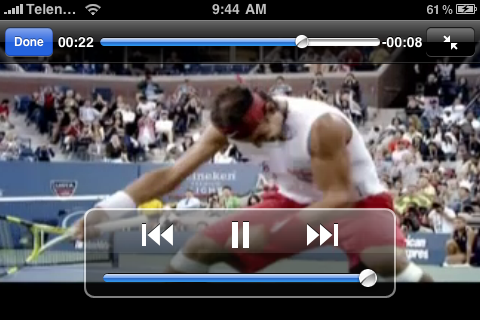 Video: One of the best feature of the App, yes you can watch video highlights of the matches you have missed!

It truly is a must have for all the tennis fans out there. Highly Recommended!