The Twitter app for iOS has always been a tad sub-par to the standards of many ardent tweeters, but while third-party apps like Tweetbot have managed to flourish over the years, the social company continues to tweak and improve the official offering. Today’s update focuses heavily on profiles, which have been subject to a major revamp over the past few months, and given that the desktop Web version looks very much like Facebook, one could argue that the mobile app now offers a layout not too dissimilar to the official Facebook app.

Your personal bio can now be found at the top of the user interface, while separate tabs for tweets, photos and favorites can be found directly below. This new setup makes it much easier for you to access the content you wish to see, and coinciding with the release of Apple’s iOS 8, the new Twitter update is one of the most significant for quite a few months. 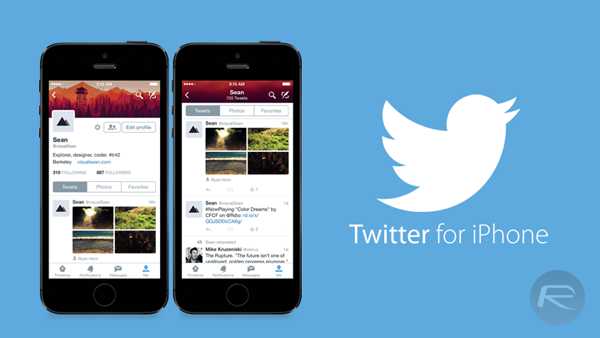 Back in April, former Google Maps director Daniel Graf was hired by Twitter to oversee the company’s product team, and whilst he’s not wholly responsible for every move that Twitter makes from here on in, it’s likely that he had a major impact on what we’re seeing with this latest update. Indeed, given that he’s been at Twitter for five months now, this is the first major bump we’ve seen to the official Twitter app, and although we haven’t had the opportunity to properly test it out properly, our first impressions are that the profile changes are for the better. 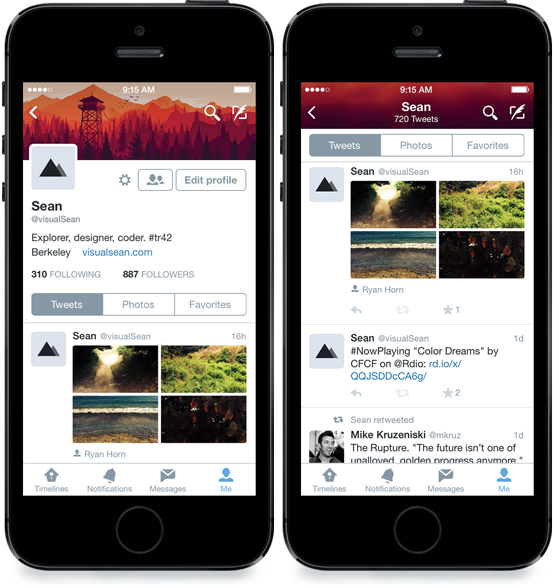 As you’d imagine, this app is ready to run on your iOS 8 device, and just in time for the launch of the iPhone 6 and iPhone 6 Plus, features interactive push notifications. This means that you can send a reply, retweet or favorite a tweet, but it will take you inside the app when you hit the reply button, which is a bit of a downer, and if you just so happen to use Twitter for iOS, then hit the download button located below.

Please note, though, that the new profiles will be rolling out to users automatically, so in updating, you mightn’t necessarily see any changes right away.