Fancy projectors can run into the zone of thousands of dollars, especially if they’re either made for movie watching or some sort of educational role that requires them to function similar to a touch-screen. It’s the latter that we’re most interested in here, because TouchJet’s TouchPico projector may be about to offer something many could find a real use for, at a fraction of the price of existing solutions.

Currently part of an IndieGogo campaign but penciled in for a release alter this year regardless, the projector is around the size of a small book and packs the usual inputs you might expect; HDMI and VGA. There’s also a port for getting audio out of the thing and it runs on a standard power supply. It’s also going to cost around $500, which may not seem all that cheap until you find out about the TouchPico’s party piece. If you’ve been paying attention to its name though, it probably won’t come as a big surprise. 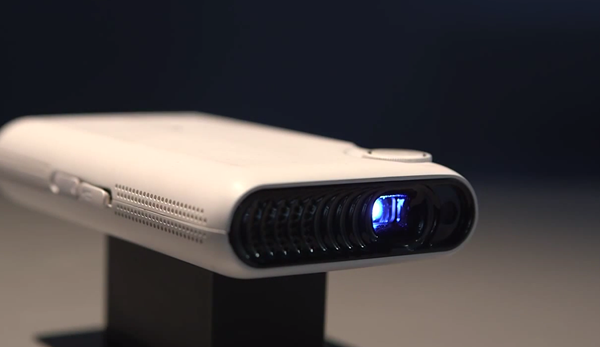 Once set up, the TouchPico throws an image of up to 80-inches diagonally onto what amounts to any flat, matte surface and at 150 lumens, it’ll work perfectly well in a lit room so there’s no need for blackout blinds here. None of that is even remotely interesting when placed beside the TouchPico’s main feature though, and that’s its ability to work as a touch-screen of sorts. 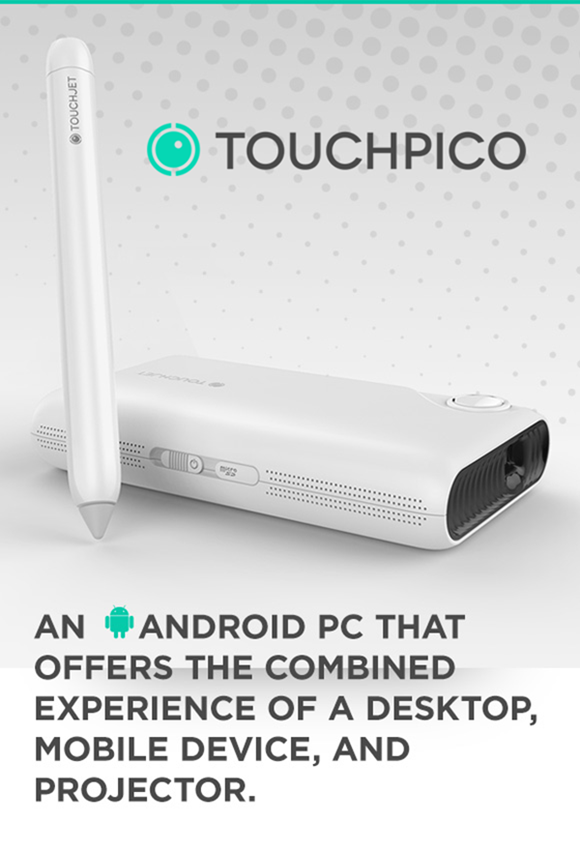 The unit ships with a pen-sized pointing device that emits an infrared light that is picked up by a sensor on the projector. That allows it to track what is being pointed at and effectively turns the projected image into a large touch-screen. It’s been demoed running Fruit Ninja and we’re told that it works surprisingly well. The projector itself can also accept a Wi-Fi connection from Android devices via its Screencast technology which could be a huge thing if you’re looking for a solution in this space. 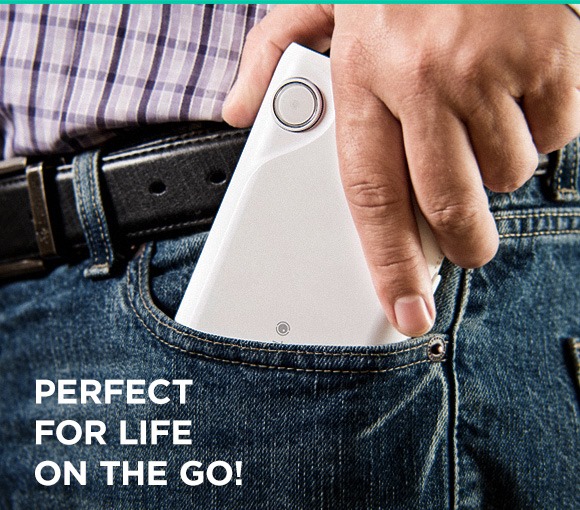 There are undoubtedly already projectors that can be interacted with in this way, but they’re usually more than $500 and need specialized kit in order to function. The TouchPico needs a wall and a power supply. Give it that, and you’re good to go.