With most people currently fixated on the iPhone 8 and its expected announcement this coming September, it is easy to forget that Apple will also be releasing a brand new version of its iOS operating system alongside it.

Each new iPhone is accompanied by a big iOS release, and the iPhone 8 will be the first device to ship with iOS 11 installed. That’s assuming Apple does not choose 2017 to be the year in which it breaks from the norm, of course. With iOS 11 six months away from release and set to be unveiled during WWDC 2017 week, we find ourselves wondering what such a release may entail, and we are not alone. 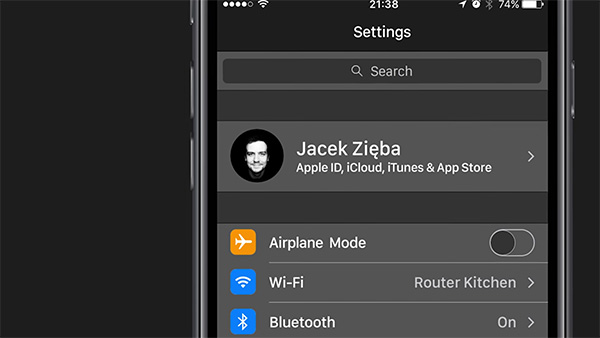 New versions of iOS call for a raft of new concept videos during which designers get to show off their chops while we get to see what iOS may look like in the future. There is, of course, usually very little basis in what these concepts show us, but that doesn’t make them any less fun to watch. Take a new iOS 11 concept by Jacek Zięba as a prime example of that.

Released as part of a two-minute video on YouTube, Zięba’s concept gives us a glimpse of the things that iOS 11 could bring to the party.

Some of the big hitters that power-users have long wished for, such as multiple user support and a system-wide dark theme, are included in the video, and more mundane additions such as an improved storage management system are also present and correct.

All in all, the video does a great job of getting us excited for what iOS 11 will offer, even if it is highly unlikely that much, if anything at all out of this concept will make its way into Apple’s shipping software. Still, we can but dream and the video is a great way to pass a couple of minutes.

Be sure to check it out in its entirety, you will not regret it.