This Humorous Comic Perfectly Sums Up The Apple Product Cycle

It’s inevitable that once the iPhone 6 is announced on September 9th’s media event, it won’t be too long before we begin getting excited about what’s next with the iPhone 7. In fact, it often feels as though we’re constantly sitting in wait for the Next Big Thing once the novelty of the latest and greatest has worn off, and a rather humorous new comic documenting iPhone Fever completely hits the nail on the head.

Discussion regarding the iPhone 6 began way back last year, just after the iPhone 5s and iPhone 5c were announced in early September. With Touch ID, a 64-bit processor and a colorful companion, the launch generated the usual dose of excitement, but once that rush began to subside, the tech world went on in search of its next hit. 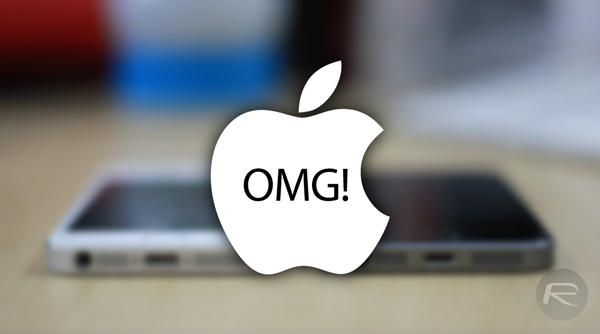 The trouble with any new gadget purchase – particularly one that sees a new release every single year – is that we don’t really get much of a chance to appreciate and enjoy it. The iPhone 5s is a more than capable device providing essentially everything that a consumer needs, but the fact that many upgraders have put off getting the iPhone until after the next announcement suggests that having the most recent model is incredibly important.

A comic strip created by Nitrozac & Snaggy for The Joy of Tech perfectly captures the whole annual to-do. Shared with the world via Re/code, it shows just how Apple fans spend most of their time building up for the next product, and after a very short period of enjoyment, begin the whole process all over again. 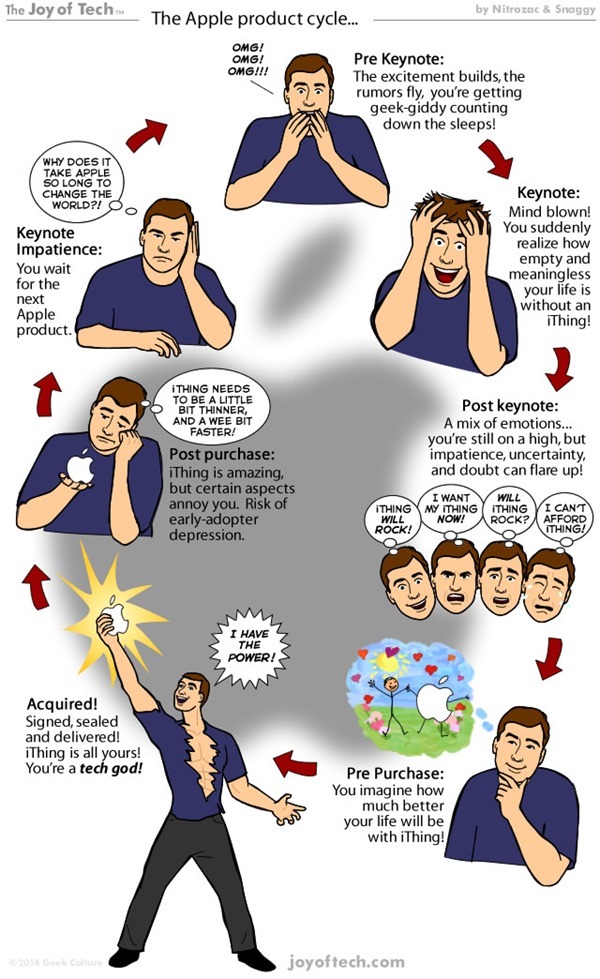 The comic may refer to Apple fans, but in all honesty, the same can be said for most top-end gadgets. The Galaxy Note 3, which was showcased last September in the run-up to IFA, has been overshadowed by talk of the Note 4 for a number of months now, and with said device expected to arrive over the next couple of days, the Galaxy Note 5 rumor mill will no doubt gain traction before the holiday period arrives.

As for the iPhone 6, we’re expecting an announcement at the now-confirmed event on September 9th at the Flint Center in Cupertino. As well as a 4.7-inch and 5.5-inch iPhone, Apple is also expected to take the wraps off the iWatch, although the wearable isn’t expected to retail until late-2014 / early-2015.