The perfect game-meets-art title called Icycle: On Thin Ice is this week’s iOS ‘App of the Week’ and is up for grabs absolutely free for a limited time (usually $2.99). This physics based, one of a kind game is one of the best titles to have hit the iTunes App Store, and if you want to know why, read on after the jump.

Set in a frozen fantasy, you play the lead as Dennis, the hero riding bicycles – or even shopping carts – as you help him glide across the various deadly levels that have been crafted into some eerie but beautiful artwork. The artwork is actually what compels users to at least inquire and try out the game on their iOS device, but most people are not really into purchasing games. However, that excuse has been nullified now, even though for a limited time period. 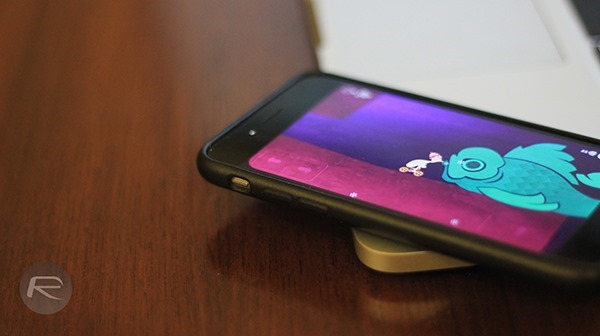 Soundtracks are an important element into all games these days, and the tracks found in Icycle: On Thin Ice does pretty well in that department as well, so yes, it’s art all around.

The frozen landscapes are a mirror into the subconscious of Dennis our hero, and his are as bizarre as they come. “Award-winning studio Damp Gnat draws inspiration from art, film, and comedy to deliver an experience that is beautiful, sad, hilarious, compelling, and fun all at once.” 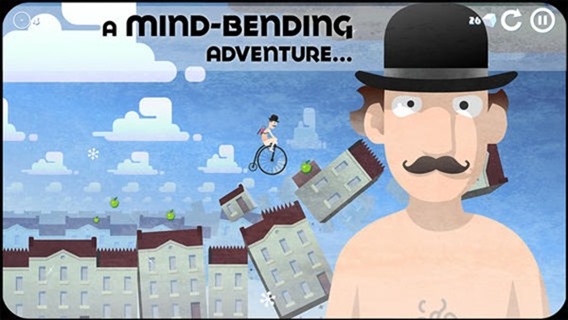 There are a total of eighty levels of frozen tundra to bike – or cart – Dennis out of, all the while unlocking various items and the ability to dress up the character in humiliating attires. 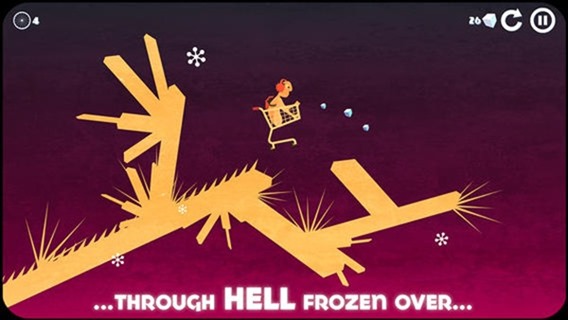 Icycle: On Thin Ice has been well received by consumers and critiques alike, and has been touted as one of the best iOS games of 2013.

Gliding across frozen tundra is one thing, but hopping “over dormant battlefields and explosive wedding cakes, float down dark ravines, through hostile shopping centers and over a skyline of legs, while poor Dennis is teased and taunted to the fringe of despair” is another. 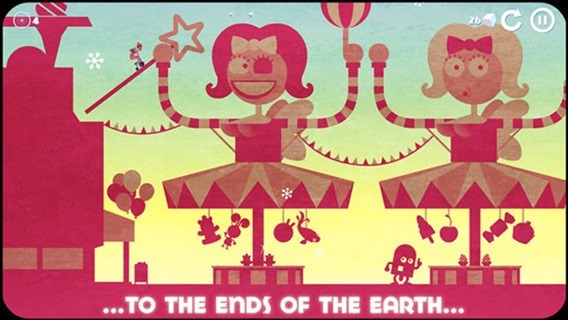 So what are you waiting for? Grab the title from the link which we’ve embedded below and start playing!

(Download: Icycle: On Thin Ice for iOS on the App Store)