The rumors of Apple manufacturing their very own television set with an integrated Apple TV caught fire when Steve’s revelation was uncovered in his very own approved biography. 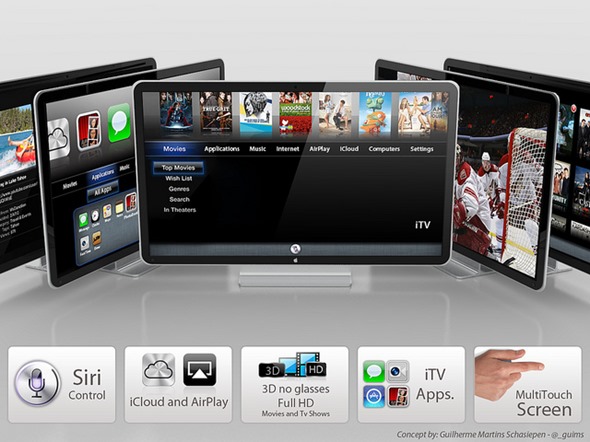 Although there are is no strong evidence yet to support the claim of an Apple branded TV, but that didn’t stop one concept artist from doing his thing and give life to the rumor in a beautifully created concept.

The renders which we have embedded below comes from an artist named Guilherme M. Schasiepen, and we have to admit it wholeheartedly; he has nailed it!

From the renders you can see that the artist has put some serious thought into it and dead-on we want this Apple TV – or the Apple ‘iTV’ as the artist calls it.

The feature set of the iTV is nothing short of amazing; the design of the iTV resemble Apple’s external Thunderbolt Display offering which you can bag currently from Apple at a very steep price tag of $999, hence keeping that in mind, expect the iTV to carry a price tag way more than that. 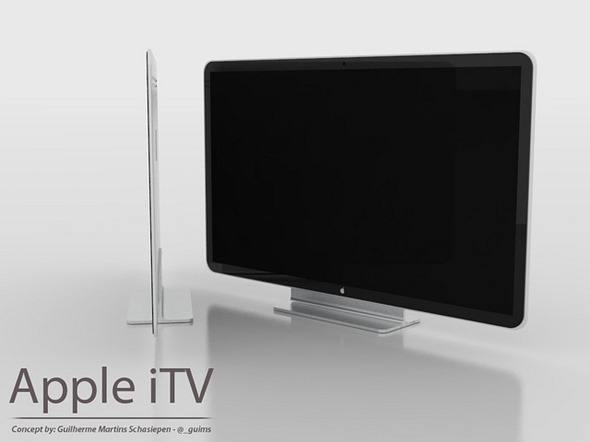 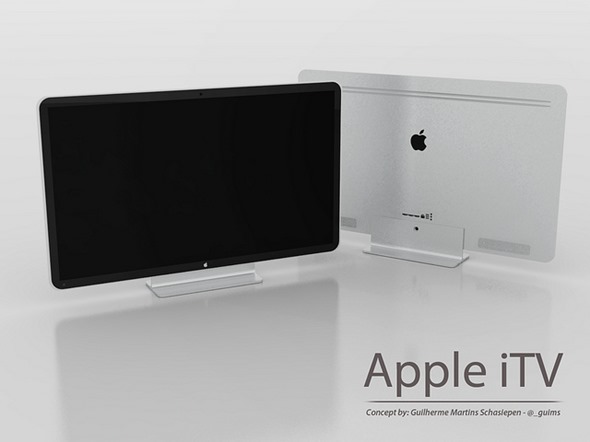 The concept was made just in line with a currently published report of Apple launching a Siri-powered Apple TV some time in 2013, which would allow users to control the iTV with the power of their voice. Currently, Siri is exclusive to the iPhone 4S with very little hope from Apple unleashing it on older iOS devices such as the iPhone 4, iPod touch 4G or the iPad 2 in the form of a software update.

Apart from the regular bells and whistles which you might expect from iTV, it would include support for AirPlay, iCloud and also something which we all want here at Redmond Pie; FaceTime. Just imagine having a FaceTime conversation on a big screen TV from the convenience of your couch, sounds pretty nifty right? 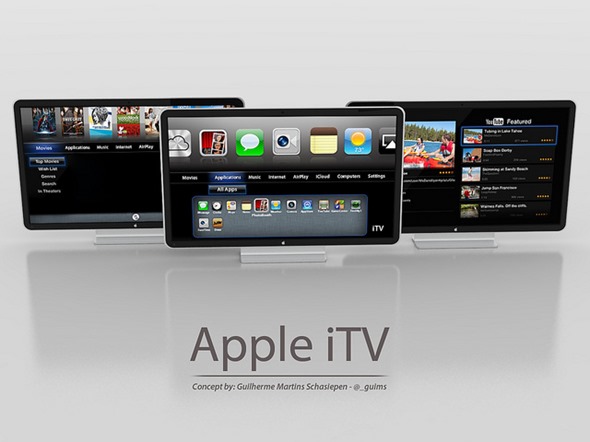 There is no support for apps currently on the Apple TV box unless you jailbreak it, but the artist has taken a leap and penned down ‘iTV Apps’ as a highlighting feature of the iTV which in turn would allow us to download and enjoy our apps on a bigger screen.

Last but not the least, the two features which really got our attention is the support for glasses-free 3D and ‘Multi Touch Screen’ support. Although we don’t quite agree with the fact that Apple would implement the two aforementioned features any time soon but it would be a huge treat for us movie and TV show fanatics.

In my opinion, Apple releasing an iTV would be a really smart move, as it will cut down the clutter and offer people something which would integrate perfectly with their iOS devices, and if we’re lucky enough, with our Macs as well.