Our mobile devices enable to complete all manner of tasks we’d never have even dreamt possible just a few years back, and although we’re not quite at the stage where our smartphones can drive our cars for us, a new app called TireCheck allows you to gauge the pressure of your car’s tires in a convenient fashion. With a ready estimate of how much money you’re throwing away by rolling around with under-inflated tires, the app will compel you to take the appropriate action while also saving you a pretty penny in the process.

With the correct tire pressure, you can drive in an altogether more fuel-efficient manner, and with the obvious road safety benefits along with a generally less bumpy ride, it cannot be overstated just how important it is to remain abreast of those tires. 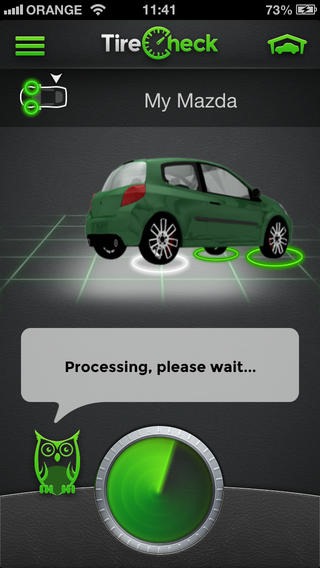 Of course, unless you’re a petrolhead or have substantial prior knowledge of the ins and outs of automobiles, it’s likely that you don’t know exactly when your tire pressure has reached a point in which it requires some attention. Luckily, though, there’s an app for that, and although some will undoubtedly question whether a camera-based app alone can be precise and accurate enough, one has to applaud the makers on the count of the mere fact that it has brought a commonly ignored problem to the forefront.

With Siri Eyes Free being installed on various production cars allowing interaction with an iPhone without having to look away from the road, plenty of accidents will be avoided as a result, and although TireCheck may be as much about money saving as anything else, there’s no doubt that if more people checked their tires on a regular basis, lives would subsequently be saved. 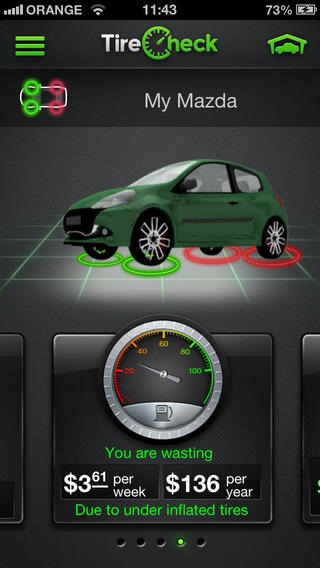 The TireCheck app uses an iOS device’s camera in order to check your tires. You simply pick your car make and model, snapshot your tires, and the app tells you which tires, if any, you need to inflate, as well as offering a ballpark figure of how much money you could be wasting if you don’t.

It’s free to download right now, so check it out via the link below.