In terms of general functionality, there’s little argument that Apple’s iOS is playing catch-up with Android, which thanks to its open source nature, can be readily tailored to suit the individual user. One of the most popular iOS jailbreak tweaks leading up to iOS 7 was SBSettings, which allowed features like Bluetooth and Wi-Fi to be controlled with a swipe, negating the need to trawl through the Settings app. This issue has since been resolved through Apple’s introduction of the Control Center, though, and if you’re an Android user partial to the way this particular iOS feature is laid out, a new Play Store entry touts a similar experience.

Sure, there are many ways to control aspects of connectivity and general device functions on Android already. In fact, there are probably hundreds. But Quick Control Panel is unique in that it has a very Control Center-esque look and feel, and even though the interfaces of Android and iOS are notably different, Quick Control Panel’s Cupertino-sourced charm actually looks rather nice. 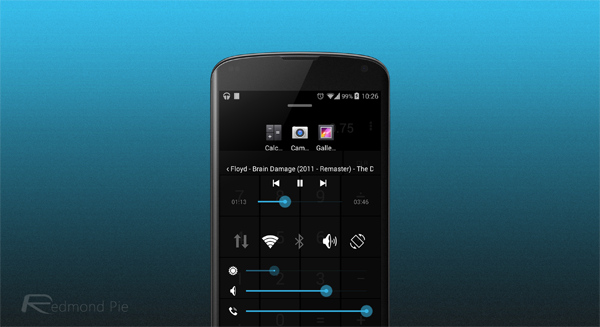 As well as looking a lot like Control Center and offering similar functionality (although this version is naturally more customizable), Quick Control Panel can also be found by performing the same gesture you would on an iPhone, iPad or iPod touch. A simple upward swipe from the bottom reveals an abundance of controls from Wi-Fi and orientation lock to brightness and music controls, and you can modify all of these elements to meet your particular requirements. 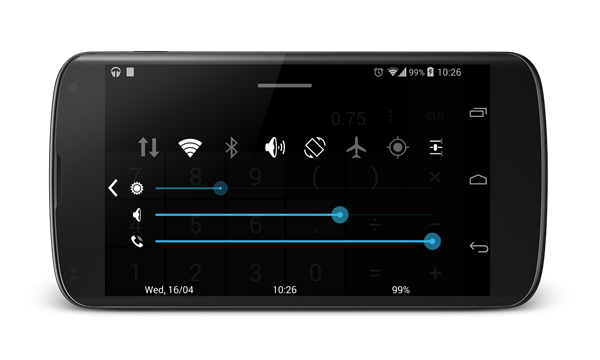 As well as being able to set your own toggles and shortcuts, you can also mess around with the theming and icons, so even if the Control Center doesn’t happen to be a guilty pleasure of yours, Quick Control Panel’s wealth of features will still help you get more out of your device.

The app is free of charge, although does come with a healthy dose of ads. For the nominal fee of $1.86, you can also be rid of said ads and enjoy an unadulterated pro experience. 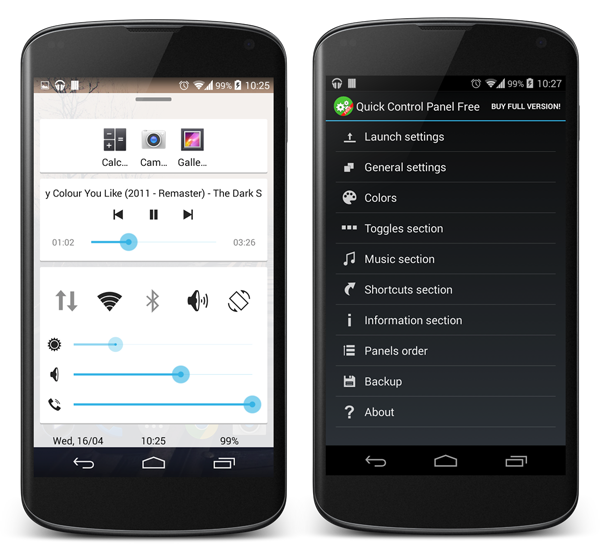 Grab Quick Control Panel below, and be sure to leave your thoughts in the comments.

(Download: Quick Control Panel for Android on the Play Store)