The Evolution Of Sony PlayStation And ‘The Road To PS4’ [VIDEO]

As lead architects of pivotal tech gadgets go, it’s fair to point out that Sony’s Mark Cerny is a bit of a maverick. Far from being a fusty, out-of-touch droid, he’s a gamer to the core, and at this week’s Gamelab in Barcelona, told a refreshingly candid tale of his career from the days of working at Atari aged 17 to being the key figure in the development of the PlayStation 4.

At 45 minutes long, the clip is certainly one for which you’ll probably want to prepare a coffee in advance, but whether you’re a gamer, a hardcore geek, or just looking for a decent story, Cerny’s is about as interesting as they get.

We’ve grown so used to tech companies taking a corporate stance in every department, but communication with consumers is something that should, in my opinion, take an informal angle wherever possible. Cerny, to his credit, is about as normal a guy as you’re likely to find in such a position of power, and despite his clear talents, he comes across as strikingly honest, genuine and humble.

At one point, he even talks about the company’s arrogance back in the days of the PS3’s launch, which cost the PlayStation brand dearly as Microsoft’s Xbox 360 went on to capitalize. If anything, the speech is a vicarious look into the world of Mark Cerny, and although you may find the thought of sitting down to three quarters of an hour of Sony’s lead architect to be rather daunting, I think you might be surprised by how interesting the guy is. 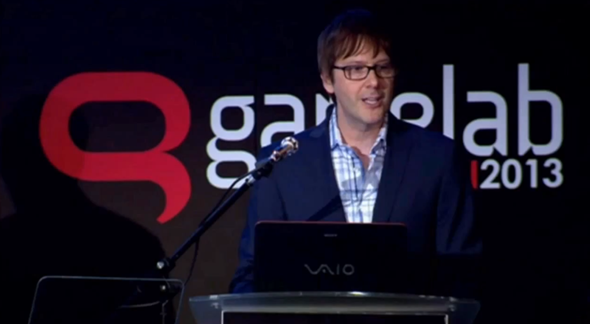 Besides offering a somewhat abridged version of his life story, Cerny speaks, in relative detail, of the journey from the original PlayStation back in the nineties, right up to the present day. Having been dominant with the first two, the PlayStation 3 did lose out in overall sales to the Xbox 360, but having seemingly learned from those mistakes, the next-gen console battle is as finely poised as they come.

You can check the video, in its entirety, embedded below. I’d count this as a must-watch for any hardcore PlayStation fanboys, and if you do happen to check it out, be sure to leave your thoughts and comments via the usual mediums below!