It may be the first day of the weekend, but that doesn’t mean that we don’t want access to some wonderful tech at discounted prices. Take a look through the deals, but as always, make sure you act quick if you see something that you like as they could be revoked at any time.

Starting off we have a 7-inch Android-based Fire OS tablet from Amazon coming in with a small price tag of just $60. 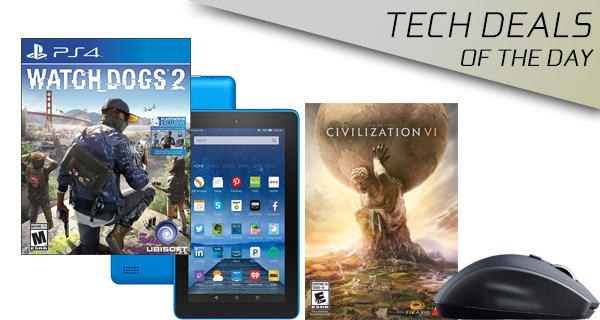 Next up we have is a wireless mouse for PCs coming from Logitech only for $19.49. There’s also two games coming in with massive discounts; Sid Meir’s Civilization VI available as a digital download for the PC, and Watch Dogs 2 for both the Xbox One and PS4. As always, make sure you act quickly to grab the product of your choice from the list here as these deals are usually time sensitive and subject to stock levels. Enjoy the savings!

Before there was a literal plethora of games for mobile which allowed you to build empires, there was Sid Meier’s Civilization. It’s still going strong, with this particular deal being for an online game code allowing access to dynamic diplomacy and the ability to unlock boosts that allow you as the player to progress faster through the sands of time. A truly staggering game which is well worth owning. 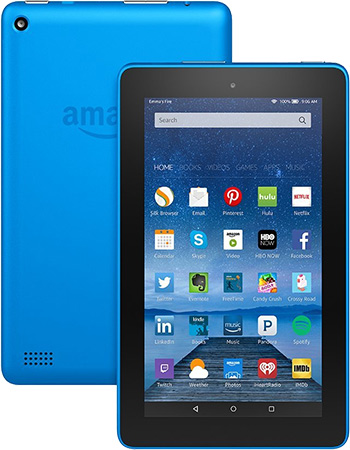 It’s literally mind-blowing to know that you can introduce a very functional and useful tablet into your life for this sort of price, but that’s where Amazon comes in with the Fire tablet. For just $59.99, you’ll get a 7-inch display, a device running a variant of Android called Fire OS, and 16GB of internal storage to download all of those games and media experiences to. The hardware should also be capable of delivering up to 7 hours of battery life on a single charge.

If you want a stunning Windows equivalent, then you may need to stop and consider the Logitech M705 Marathon Mouse. It’s not as sleek as a Magic Mouse, but it has hyper-fast scrolling and uses up to half the power of other wireless mice in this type of product class.

If you were a huge fan of the original Watch Dogs title, then the chances are that you are going to be an even bigger lover of the franchise after this one. By taking control of the lead character you get to explore the huge and dynamic open world of San Francisco Bay, experiencing an incredible array of gameplay possibilities along the way. Hack everything along the way, connect with friends, but more importantly, stay in control at all times.