If you were on the look-out for a convenient secondary display for your mobile phone or laptop, this latest Kickstarter project might just be it!

Kickstarter has been a place for all kinds of strange, and sometimes wonderful inventions to live and get funded before often finding themselves being turned into full on, mass produced products that anyone can walk into a store and buy. 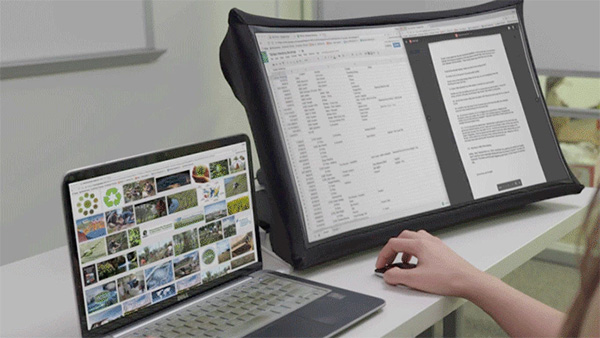 Some, on the other hand, have shriveled on the vine, and often for the best. The folks behind a new Kickstarter campaign for a foldable 24-inch monitor will be hoping that their wares don’t suffer the same fate, and if its current funding round is anything to go by, it looks like things are moving along just fine.

Seeking $33,000 in order to get the project underway, interested customers of the “SPUD” – The Spontaneous Pop-up Display – can already marvel at the project’s current $250,000 funding count, hoping that the developers are ready to deliver on what is an ambitious, and altogether awesome idea.

The idea of SPUD is to create a foldable, umbrella-like device that is the size and weight of a paperback book but can be opened out into something resembling a 24-inch display. That display can then be used as a second monitor for things like smartphones and tablets, according to its campaign page.

When expanded, SPUD uses custom optics combined with the latest DLP technology to produce the sharp, bright image that you need. Either with an HDMI cable or wireless adapter, SPUD can be connected to a smartphone, tablet, or laptop – no matter where you are! 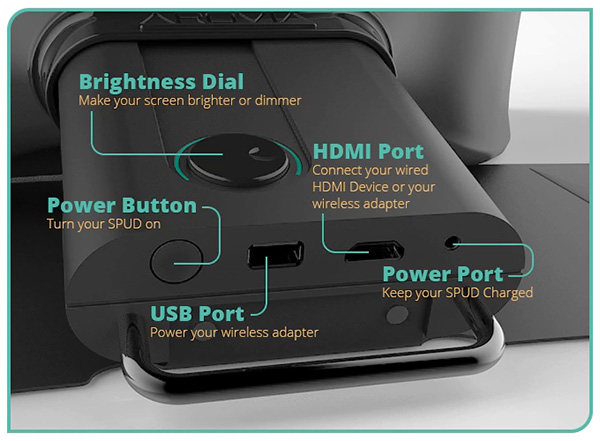 With 41 days to go and having already far exceeded its funding goal, this Kickstarter project is one, which it’s safe to say, will have some pressure to deliver. The SPUD is expected to be ready around June of 2017 and can still be bought via Kickstarter for $374. Want something a little more up-market? $2,500 will buy you a metal, limited edition SPUD. The choice is yours!