Sphero 2.0 Robotic Ball Revealed: Faster, Brighter And Smarter Than Ever Before [VIDEO]

Although we like to think that our smartphones help to keep us generally more productive and on top of our daily tasks, one has to wonder how many hours we lose by playing games and simply daydreaming digitally. The seemingly endless possibilities mean there’s always something out there to keep us occupied when wielding our handhelds, and in the case of the Sphero robotic ball, that something is directing a glowing, robotic ball in all kinds of different directions. Having been around for a while now, its maker Orbotix has, for lack of a more apt phrase, just rolled out version 2.0. And yes, it’s more awesome than ever before.

If you’ve never heard of Sphero before, it’s a highly intelligent robotic ball that lights up for different purposes, and can be rolled around rooms, purpose-built courses, and thanks to its latest update, all kinds of terrain. First released in 2011, it has slowly built up a strong user base, and with version 2.0, Orbotix has clearly sought to up the stakes. 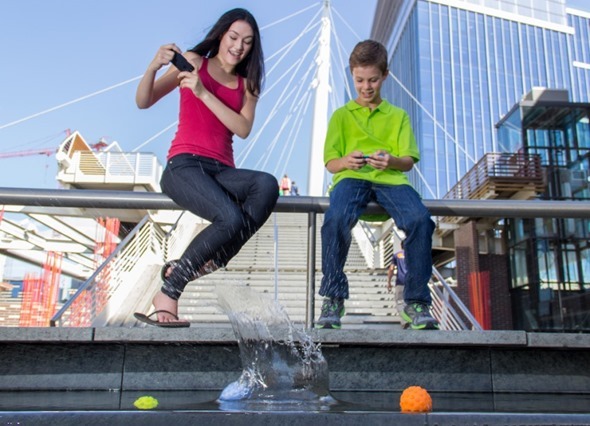 With the new model, you get a couple of ramps thrown into the box, and with an open API, there are already over a dozen titles available for iOS and Android compatible with Sphero 2.0. While the aesthetics appear identical to the first generation, the hardware within has been given the customary bump, meaning the bright little ball is now nippier and more responsive than ever before. 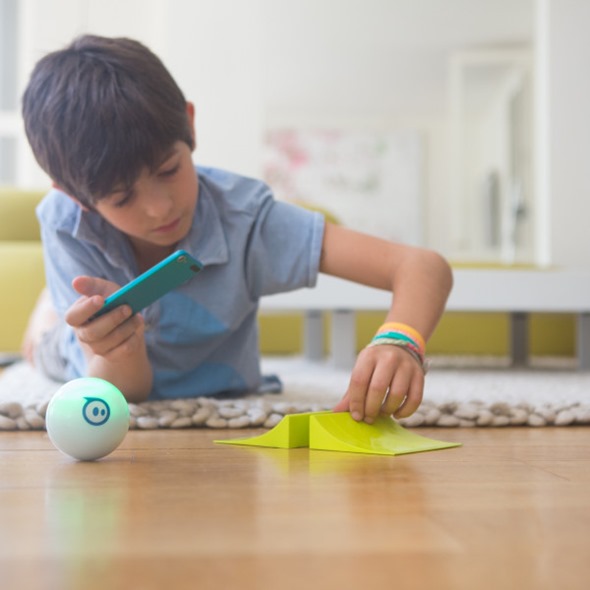 Although Sphero can buzz about the place at high speed, you’ll need to level up by practicing and playing games with it before you can experience them. In a sense, it’s kind of like one of those old Tamagotchi pets, in that the more you train it, the more you theoretically get out of it.

Once your Sphero has gotten a lot faster, you can then use the companion app’s speed adjustment feature to season your ball control skills. 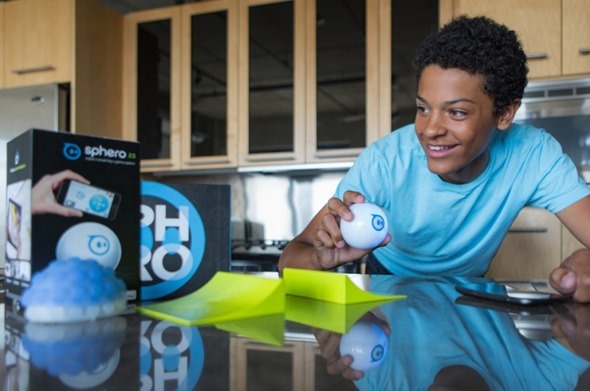 At $129, it certainly offers a lot more nowadays than the previous version, and although it is quite an expensive toy in the grand scheme of things, it’s still, in every sense of the word, a robot; a cool one at that.

Sphero 2.0 should be available from the end of this month, and is available for pre-order right now via GoSphero.com.