Someone Has Already Reviewed PS4 Slim Ahead Of Sony’s Announcement

If Sony want to use its dedicated PlayStation event a week from today to blindside the video gaming-loving world with the surprise unveiling of a PlayStation 4 Slim, then the surprise has already been ruined.

A number of leaks over the last few weeks have already given the general public a fairly good insight into expectations for the new PlayStation 4 Slim, but just in case there was any surprises left, we now have a full unboxing + review video of Sony’s latest PlayStation hardware. 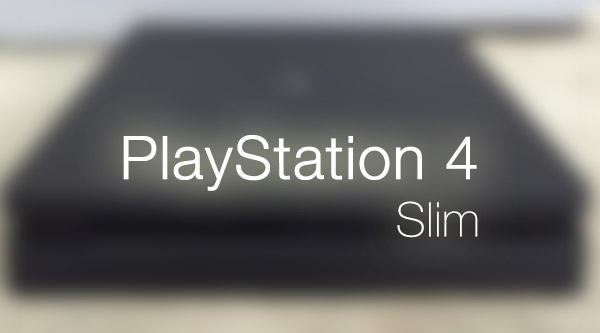 The review and unboxing video gives potential consumers a great insight into what Sony is about to introduce with the new PlayStation 4 Slim, but it’s worth noting that this new console isn’t a direct response to Microsoft’s Xbox One S. From a hardware and capability perspective, Sony’s new introduction is simply an existing PlayStation 4 that has been put on a very strict calorie controlled diet. It won’t introduce support for 4K Ultra HD content like the planned PlayStation 4 Neo, and it certainly hasn’t had an internal upgrade to make it more powerful than the existing console. This is essentially an existing PlayStation 4 that’s been slimmed down and put into a sleeker case.

The interesting change that has already been shown but is now confirmed in this latest video reveal, are two small amendments made to the DualShock 4 controller that will be boxed with the new PlayStation 4 Slim. The controller itself is virtually identical to the existing DualShock 4, save for the introduction of a new small light bar across the top of the existing touchpad. The new DualShock 4 Controller will also ship with the ability to transfer data when it is tethered to the PlayStation 4 console via USB. That change probably means nothing for a very high percentage of casual gamers.

Those few amendments aside, Sony’s new hardware doesn’t really offer much over the original PlayStation 4 console that’s currently for sale on physical and digital shelves across the world. This is a more of an evolutionary change to the PS4 rather than an introduction that will appeal to consumers looking for a more powerful version of Sony’s PS4 hardware.

Check out the video for yourself, and of course, we will be bringing all of the announcements directly from the PlayStation Theatre in New York next week.