Snap A Picture With Your iPhone, iPod touch or iPad Simply By Saying “Cheese” With This App

We all remember the days when we’d all gather around for a family picture, then we’d say a magic word such as “cheese” and snap a glorious image which we’d treasure later on. This same process is now being brought to iOS devices with a new app called ShutterVox. 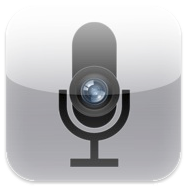 ShutterVox works much like the native iPhone, iPod touch or iPad camera app, and in fact has many of its features, yet it lacks one that’s been present in every iOS camera app, both the native solution and third-party ones: a shutter button. Instead, this ShutterVox will listen to a trigger word in order to take a picture, which by default is “cheese“. Simply point the camera at what or who you want and yell out said keyword in order to to take the picture: yes, you actually need to pronounce the word out loud, otherwise it won’t work.

When first launching the app, a camera feed will be displayed, but ShutterVox won’t be ready to take pictures just yet: first, users must tap on the center of the screen in order to tell ShutterVox to start ‘listening’ to the word – the green light at the bottom of the screen will indicate that the app is ready. From there, just yell out the word, as mentioned above, and a picture will be sent right to your device’s internal storage. 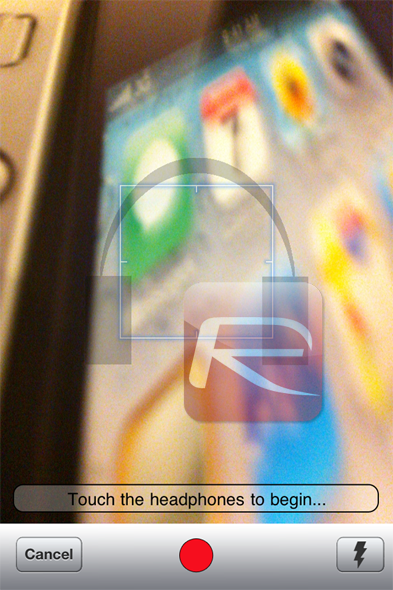 This app isn’t very customizable, yet it does work fully as advertised. The settings that are available can be accessed by tapping on the arrow on CameraVox’s start screen and choosing Settings. From there, users are able to choose whether they want camera flash to be on when taking pictures and which words CameraVox should react to: while “Cheese” is the main one, users can pick from 3 others: popsicle, doodle, and snap. Sadly, there’s no way for users to pick their own words, but a selection of 4 should be quite enough.

This app might not be for everyone, since the shutter button of any standard camera app might just do the trick, but if you enjoy this concept you might be happy to know that ShutterVox is available for as little as $0.99. There’s also a free version that works identically to the regular one, except it only allows “cheese” as a trigger word.