Skype app for iOS has received a significant update today which enables video calling from the iPhone 4, iPhone 3GS, iPod touch 4G and iPad client to virtually any Skype account in the world. You can now make iPhone to iPhone video calls, as well as iPhone to PC / Mac and vice versa. 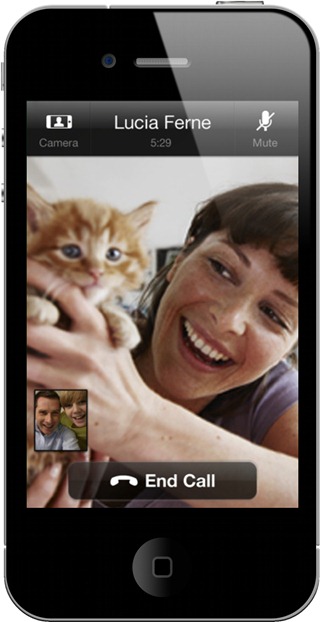 30 DECEMBER, 2010 – Luxembourg – Skype today announced the new version of its iPhone application that brings video calling to millions of mobile users around the globe over both 3G and WiFi networks. Available to download from the Apple App Store today, the new Skype for iPhone App allows iPhone , iPad and iPod touch owners to make and/or receive free* Skype video calls for the first time. Users can now see their family, friends and colleagues around the world while talking to them. With approximately 25 million concurrent users logged into Skype at any given time**, the new Skype for iPhone makes it easier than ever to share moments wherever you are.

Video calling significantly enhances the user experience of Skype for iPhone, which is one of the top five free iPhone apps in 2010 according to Apple. Now, users can make and receive free Skype-to-Skype calls, call mobiles and landlines around the world at very low rates, and now share more moments together with video on Skype for iPhone.

"With video calling representing approximately 40% of all Skype-to-Skype minutes for the first six months of 2010, our users have been eager to get Skype video calling on their mobile phones," said Neil Stevens, general manager of Skype’s consumer business. "By bringing video to mainstream users at their home or work via their desktops, on the go with their mobiles, or into their living room via their TV, Skype has made it possible for millions of people to share video moments wherever they are."

A video call evolves communication beyond transactional experiences to a shared experience where people can share any occasion with others wherever they are. Whether this is a military father watching the birth of his child while deployed abroad, loved ones communicating via sign language or work colleagues collaborating around the globe – the opportunities are endless.

Users can place Skype video calls with their iPhone over both a 3G data connection* or WiFi. The new Skype for iPhone app is compatible with the iPhone 4, iPhone 3GS, and iPod touch 4th generation with i0S 4.0 or above. Video receiving capabilities are available on the iPod touch 3rd generation and iPad. Calls can be made between devices using the new Skype for iPhone app and desktops including Skype for Windows 4.2 and above, Skype for Mac 2.8 and above, Skype for Linux and ASUS Videophone.

Skype for iOS is available for free from the iTunes App Store.