Now that we’re officially less than a week away from WWDC, all the attention has rightly turned towards what Apple will announce at the event. With the Beats acquisition finally announced recently, that also means that it’s one less rumor to go around, leaving WWDC to get all the attention.

But with the new iPhone not expected to be announced at the event, that doesn’t mean that the next big smartphone to come out of Cupertino isn’t still of great interest to most of us, which is why this new, apparently leaked iPhone 6 rear shell got our attention.

Previous part leaks – or at least, what are claimed to be iPhone 6 parts – have included front-facing casings and batteries, but this is the first time we’ve been given a glimpse of what could be around the back. Covered in a protective green plastic but with a little silver poking through here and there, it appears that this part is going to belong to the white/silver version of Apple’s iPhone 6. From looking at the size of the panel, we’d hazard a guess at this being the 4.7-inch flavor, too.

Clearly showing the three-pane design that other leaks have made clear of late, the rear panel certainly looks the part. It has cut-outs for what would be the camera and LED flash ports, and also features the same rounded corners that are so popular on the iPod touch as well as recent the iPad Air and iPad mini products. Gone are the squared-off, almost sharp edges of the iPhone 4 and above. 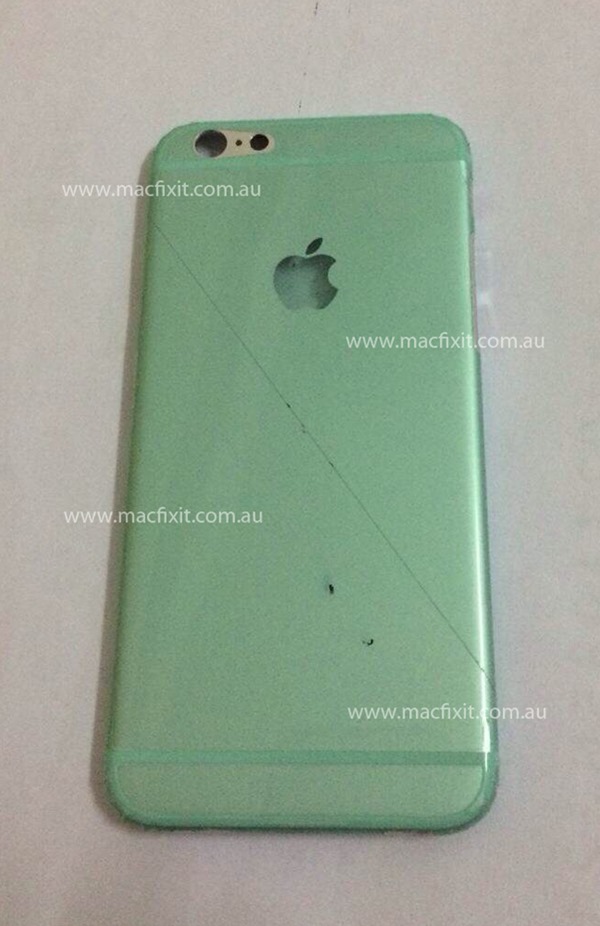 With new iPhones not expected to make an appearance until around September, we’re not expecting Apple to announce anything about iOS hardware next week, though iOS 8 is indeed expected to be outed at the keynote. We also envisage the first beta of said software to be made available to developers, too, which is one of the more exciting aspects of WWDC as far as we’re concerned. If this rear panel is indeed really from an iPhone 6, iOS 8 is what will run on it.

The hardware may be months off, but the software should be revealed very, very soon.