With both Google and Apple finding great success with their respective online entertainment stores, Samsung has decided the time is right to come through with its very own, very similar offering. The iTunes App Store and more recently, Google Play, currently dominate the market, but if sources in Korea are to be believed, the nation’s largest electronics manufacturer is planning a new “Tizen” ecosystem. What’s more, the company has just launched a supplementary content portal, and wants the top 100 iPhone and Android games ready and available on it by June.

This, if true, is a pretty aggressive stance, and outlines Samsung’s intention to take its powerful brand beyond simply running other companies’ platforms. 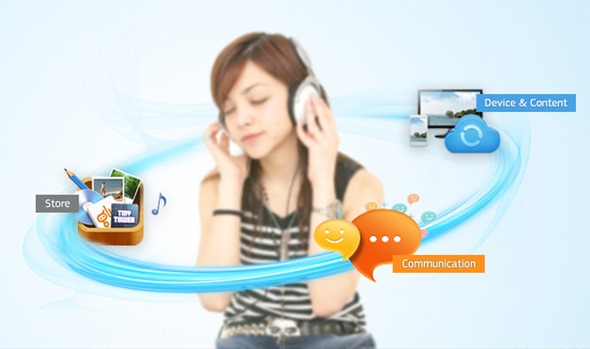 With Samsung having been at loggerheads with Apple in recent times over claims of copyright infringement, the news is certain to have caught the attentions of the guys over in Cupertino. Yet considering how powerful Samsung has become in the market (to the point where even Google has expressed some concern), it would not be much of a surprise to see the Korean company branch off successfully. After all, the company’s flagship Galaxy Note and Galaxy S series smartphones are two of the highest-selling, and even older handsets, such as the Galaxy S II, continue to sell in large quantities.

The new content store is aimed at delivering quality software not only for the smartphone and tablet market, but for the company’s fleet of smart TVs, and although it’s little more than a husk at present, its impressive reach could well see it evolve into an eventual App Store / Play Store competitor.

At present, there are a number of services already available within the portal, including Kies, but with plans to get some of the big developers on board to deliver the newest and most popular games, it won’t be long before both Apple and Google are looking over their shoulders. You can check out the portal by pointing your browser to: content.samsung.com

What do you guys think? Is this a smart move from a company enjoying a large market share in terms of devices shipped? Please do feel free to share your thoughts on the matter by dropping a comment via the usual channels below!