With all of the recent Apple related attention focused firmly on iOS 7 and the new iPhone hardware, it may come as a shock to a lot of people that the Cupertino based company took the liberty to announce a new range of Retina MacBook Pro notebooks at their iPad media event. We have all the details right here.

We have been expecting a refreshed Retina MacBook Pro lineup for quite some time. Recently emerging rumors had suggested that the new Intel Haswell powered MacBook Pro notebooks would be available at iPad’s media event, and Apple hasn’t failed to disappoint.

The new MacBook Pro with Retina display now carries the latest 4th-gen Intel Haswell processors, as expected, which offers great battery life out of the box. Topped off with OS X Mavericks 10.9, which is engineered to be extremely light on hardware, and we’re literally talking serious business here.

Apart from the goodness which Haswell brings to the table, the new 13-inch model now boasts new Iris graphics that offers 90% faster graphics performance over the previous gen MacBook Pro with Retina display. The same upgrades apply to the 15-inch model.

The flash storage has been given a bump too, and is now up to 60% faster than before. Apart from that, the whole Retina MacBook Pro lineup features 802.11ac Wi-Fi out of the box. And yes, the Retina display MacBook Pro features Thunderbolt 2 as standard, which is x2 faster than the previous generation of Thunderbolt I/O. 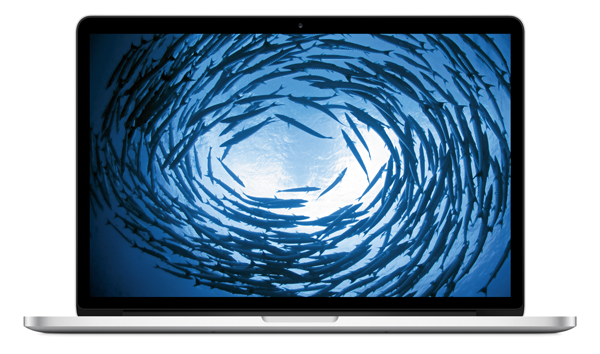 The 15-inch model has gotten a sizeable under-the-hood upgrade too. It now features Intel’s latest Crystalwell processor, which is of the fourth-gen variety, and comes with GeForce GT750M discrete graphics, or Intel Iris Pro graphics (which is a separate option) for improved performance. And in the battery department, you can now get up to 9 hours of battery life on the 13-inch model, while the 15-inch MacBook Pro will give you up to 8 hours of battery life.

The physical design of the MacBook Pro has remained largely unchanged from previous releases, except for the 13-inch model which is now at 0.71-inches, but it’s undoubtedly under the hood where the magic matters. 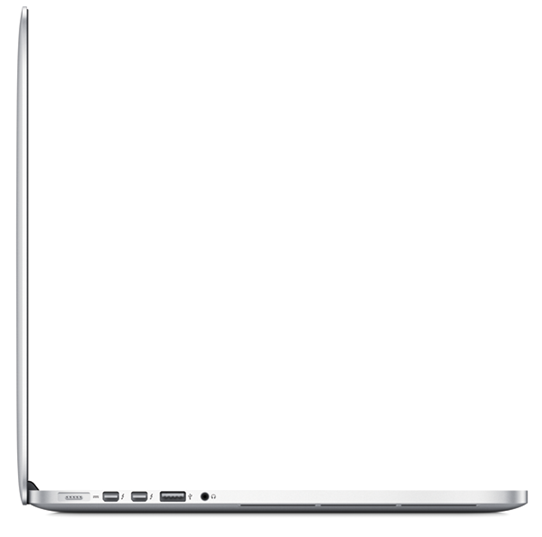 And yes, in case you’re wondering, the new MacBook Pro ships with OS X Mavericks 10.9, as we mentioned before.

Both the new 13-inch and 15-inch MacBook Pro with Retina display are available today from the Apple Store, or from Apple’s online Store.

To top things off, Apple has discontinued the 15-inch, non-Retina MacBook Pro, while the 13-inch option is still available to purchase.