China-based Pangu Team may have surprised the whole jailbreak community last weekend with the release of a tool that provides device owners with a semi-untethered jailbreak, but as we know, that’s only one part of a larger puzzle.

Being able to jailbreak a device and access Cydia is one thing, but being able to download and install tweaks and extensions that are compatible with the latest version of iOS is another ballgame entirely. As we’ve previously mentioned, there’s a growing and dynamic public list of packages that are compatible with iOS 9.3.3, and now, thanks to the work of Ryan Petrich, the extremely popular Activator utility can be added to that list. 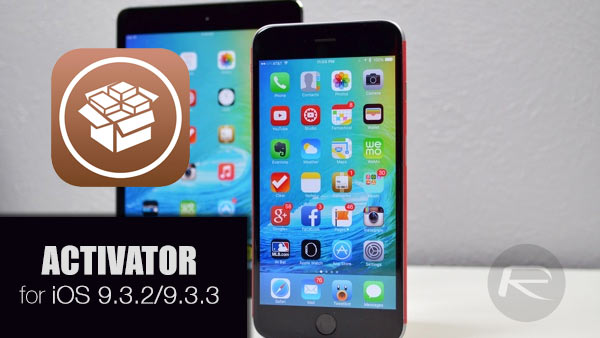 iPhone, iPad and iPod touch owners who have been involved in the jailbreak community for a while will undoubtedly have a core set of tweaks that that they always install whenever a jailbreak is achieved. It could be a small utility that improves the iOS platform in one way or another. Or it could be a large installation that entirely overwrites how a specific part of Apple’s platform looks and functions, such as introducing a revamped Control Center or multitasking experience. Regardless of what that installation is, the chances are that it has an Activator integration in one way or another.

That’s where things get interesting in the jailbreak world. Sometimes a tweak or extension is perfectly compatible with a new version of iOS, but its dependencies still require updating before it can function in the correct manner.

Any tweak that needs Activator to function, such as those that require the user to create a unique gesture to invoke the functionality of the package, should now be able to be downloaded and enjoyed on iOS 9.2 to iOS 9.3.3 thanks to the latest version of Activator being pushed out to Cydia. 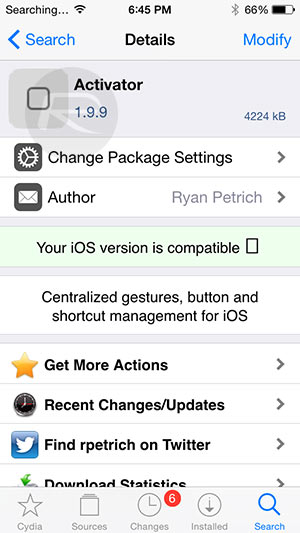 The updating of Activator is also a good indication that the big players in the jailbreak community are starting to bring compatibility to their core packages. For those that are new to iOS jailbreaking, Activator is a handy utility developed by Ryan Petrich that facilitates the creation and use of centralized gestures, as well as button and shortcut management within iOS. In short, if a tweak or installation requires a gesture or button combination to be activated, it’s likely that it will be handled by Activator.

Activator can be downloaded from the BigBoss repository in Cydia for free.