Time is ticking along just nicely, and in a couple of weeks you’ll be able to watch it ebb away in a whole new way once you have an Apple Watch strapped to one of your extremities. Some lucky people already have one though, and they don’t all work at Apple.

Music man Pharrell Williams has been spotted on popular US TV show ‘The Voice’ sporting a shiny Apple Watch, and it’s clear he doesn’t care who sees it. It appears that the watch itself is the fancy, pricey gold Apple Watch Edition with a white strap, and we have to say, it’s rather striking. If we had a spare few thousand dollars we might even think about picking one up. Not short of a few dollars, Pharrell also posted a video to Instagram showing his new watch, complete with the dancing Mickey Mouse watch face.

Pharrell wasn’t the only one to be spied with an Apple Watch this past weekend though, with Apple CEO Tim Cook spotted out and about wearing his own white banded Watch. This time it looks like he preferred the aluminum offering when taking in the NCAA national chapionship game in Indianapolis. Cook received his masters from Duke, which is why he was in town for the game for anyone that was wondering. 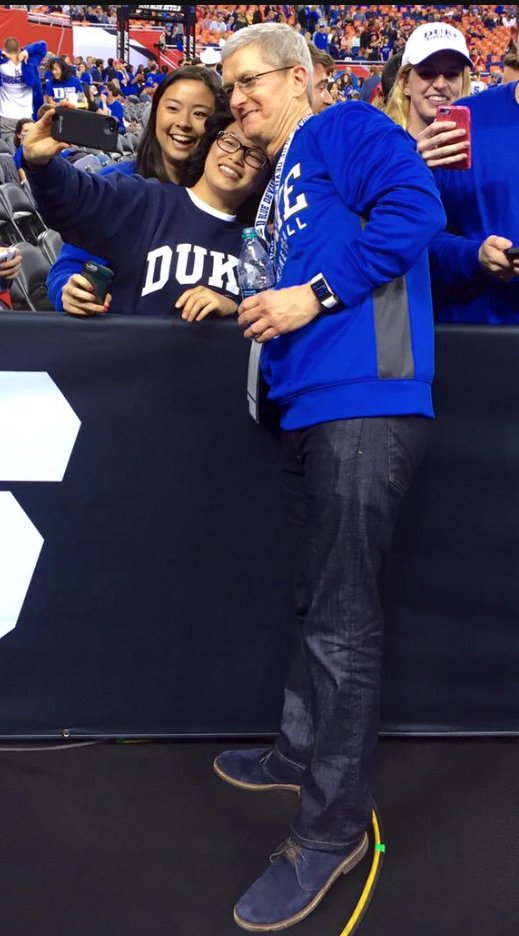 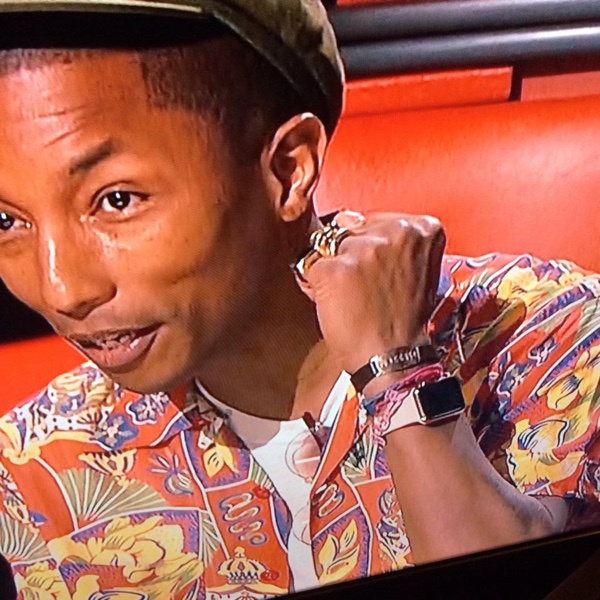 The Apple Watch pre-orders start on Friday, with the new device going on sale two weeks later on the 24th. As the hype machine goes into overdrive we expect to see more and more public sightings of the watch, especially so when it’s attached to the wrist of someone famous.

Say what you want about Apple, but it knows how to get attention.