In order to achieve an iOS jailbreak of any kind, holes in the software must be found and exploited, and for the most part, there’s a requirement of several exploits working in tandem. The Pangu8 jailbreak for iOS 8 / 8.1 utilized a multitude of security lapses in allowing us to reach the holy grail of Cydia once more, but while Apple just recently plugged three gaps in iOS 8.1.1 that had made Pangu8 possible, the Chinese hackers behind it have been given their due credits for discovering the flaws.

Right from the first iOS 8.1.1 beta, we knew that Pangu8 for iOS 8 / 8.1 was coming to an abrupt end, and now the software has reached the end user, anybody updating will unfortunately not be able to jailbreak at this moment in time. As mentioned in previous coverage on the matter, the best position to be in as of now is running iOS 8.1, the most recent jailbreakable build, which gives you the opportunity to run Pangu8 at any time. 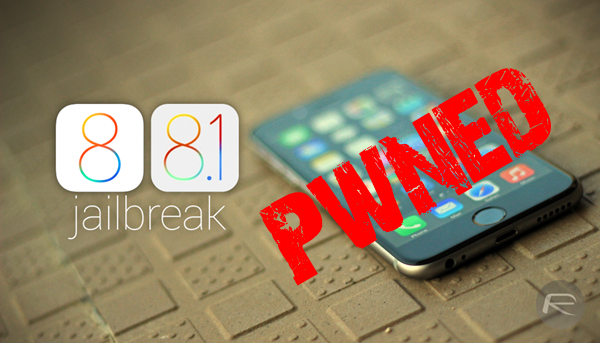 For the most part, iOS 8.1.1 isn’t a spectacular update, and doesn’t really include much aside from a spate of bug fixes and general performance tweaks. But the three security patches outlined in a document accompanying iOS 8.1.1’s roll out do, at least, credit the Pangu team, and let’s hope those behind what remains an epic jailbreak continue to look for new ways to break into the walled garden that is iOS.

As for the three security lapses, one dyld, one kernel, and the other sandbox, they all had a role to play in Pangu8. The dyld issue, for example, enables a local user to "execute unsigned code," which many local users – i.e. jailbroken iOS device owners – have been doing for the past month or so.

The kernel and sandbox flaws both open the gate for malicious apps to launch arbitrary code / binaries throughout the software, and so whilst it’s disappointing that the jailbreak is no more, you can certainly see and understand why Apple needed to tighten things up so quickly. 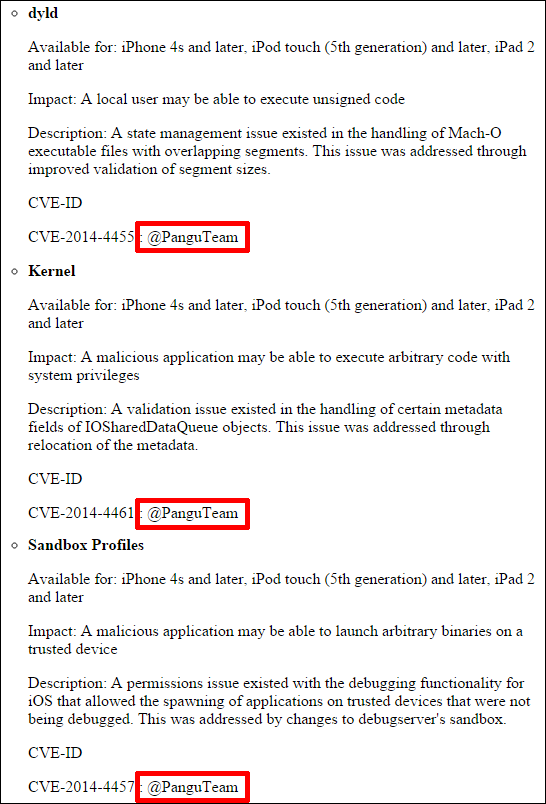 Whether there’ll be another jailbreak on iOS is anybody’s guess. Often, hackers come through with one major untethered jailbreak per iOS release, but with iOS 8.2 and 8.3 in the pipeline, perhaps we’ll be treated to more on this occasion.

Obviously, jailbreaks are by no means an entitlement, so we’ll wait in hope, but should anything intriguing come to light with regards to a future jailbreak, we’ll let you guys know right away.